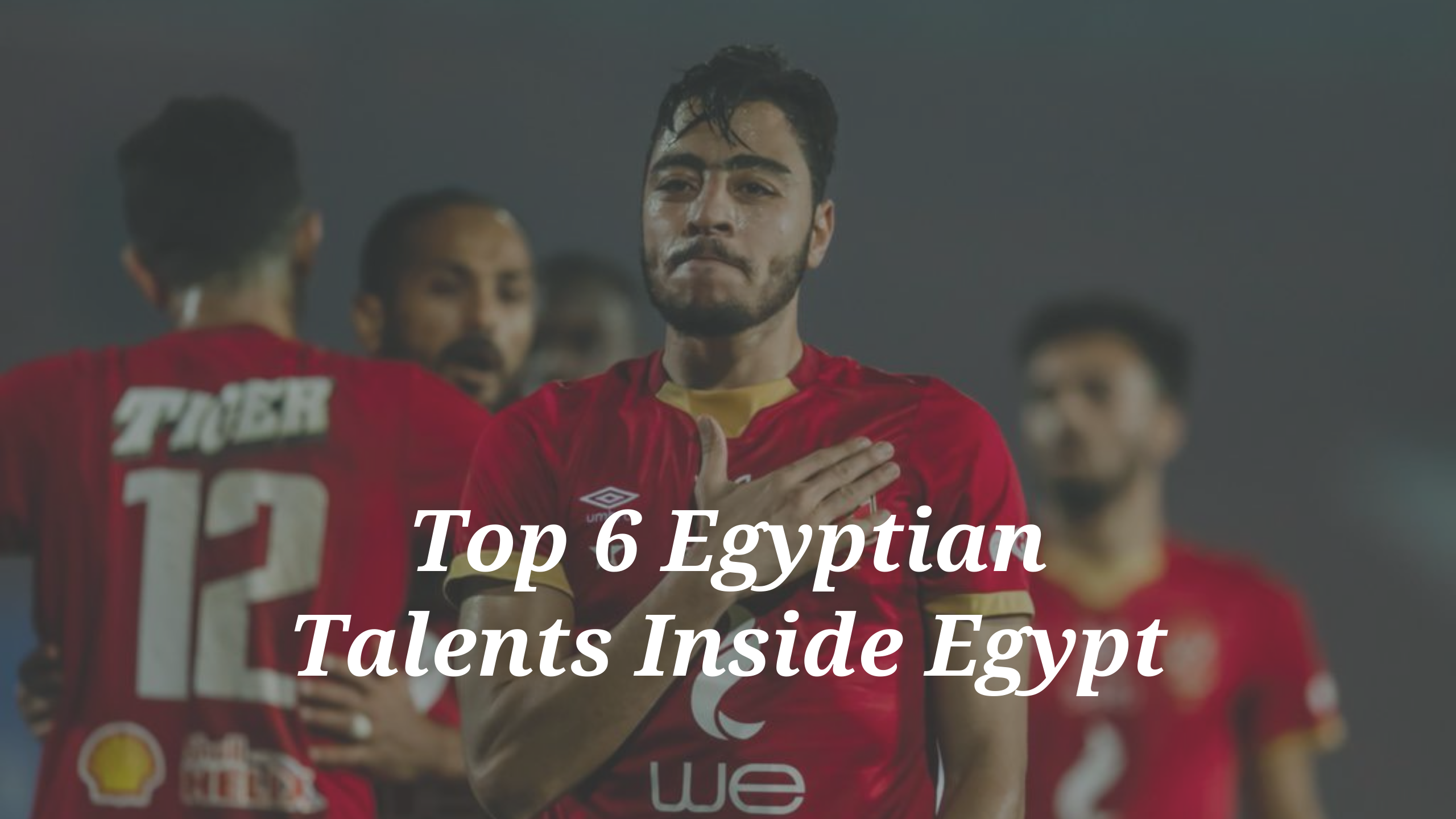 Today, we will be counting down our top 6 young Egyptian talents playing inside Egypt today.

After a successful loan spell at El Gouna FC, Tawfik emerged and earned his place at Al-Ahly, the most successful club in Africa. The 23-year-old was seen by many as a “passionate fighter on the pitch” both for Al-Ahly and Egypt’s U23s in both the 2020 Tokyo Olympics and Cup of Nations.

Originally a midfielder, Tawfik was used by Al-Ahly manager Pitso Mosimane in an unexpected position as a right-wingback for majority of the season, and surprisingly to many, he did really well and earned the praise because of his preformances.

A player with a seemingly endless fuel tank, he was MOTM in Al-Ahly’s match against Esperance Tunis in the CAF Champions League Semi-Finals second leg, as well as being one of the stand-out players in the first leg. ‘’He is the most suitable person for the defensive wing position.

He is a balanced player in the offensive and defensive sides.’’ Mosimane told Al-Ahly officials about Akram Tawfik. With the role of filling in the spaces of his teammates as well as making it a nightmare for opposition attackers and midfielders, we are sure that Akram Tawfik will be getting links with European clubs in no time.

Born in 2001 and being the youngest on this list, Ibrahim Adel was just 19 years old at the start of last season. Throughout the course of the season he earned his right into the team and cemented his place in the starting XI of a very stacked Pyramids side with tons of depth.

Converting from a left winger to a striker, he managed to score 10 goals in 19 league games this season, as well as finding his form in continental football as well, finding the back of the net in 4 of 7 matches for Pyramids. Which made him earn the call-up to represent Egypt in the 2020 Tokyo Olympics, where they managed to reach the knockout stages.

He’s the type of player who isn’t afraid of dribbling, and taking on players. This is where his technical play comes in. Ibrahim Adel attempts 8 dribbles on average a game, 4 of which are progressive, and wins about half his duels.

He is a very high risk-high reward player and has shown to be very confident with the ball at his feet and is not afraid to take matters into his own hands.

The Ahly loanee will be looking forward to breaking into the Al-Ahly starting lineup for the upcoming season alongside Hossam Hassan who Al-Ahly purchased. Their link-up play and understanding of one another may prove to be very beneficial for Al-Ahly and will give Pitso Mosimane a headache at choosing his team.

At just 22 years old, Abdelkader already has some experience in Europe. He was purchased by Czechia’s Sparta Prague, after a trial collapse with FC Basel and Dinamo Zagreb, and played for their B team for a year and a half, in which he even scored on his debut, before being purchased back by Al-Ahly and loaned out to Smouha for the league season.

He is labelled the heir to legendary Egyptian attacking midfielder Abdallah El-Said who is now 36 years old.

At 23 years old, Abdelrahman Magdy already has an appearance for the senior national team of Egypt. A member of the 2020 Tokyo Olympics squad for Egypt’s U23s and a winner of Egypt’s first trophy win in the U23s Africa Cup of Nations, the Ismaily right winger loves to cut inside onto his preferred left foot either to shoot on look for an optimal pass.

He showcased his talents at the UAFA Arab Club Champions Cup in which he scored a fantastic free kick against Al-Ahli Benghazi, helping Ismaily ultimately reach the semi finals of the tournament before getting knocked out by the eventual winners Raja Casablanca.

Abdelrahman Magdy has also been linked with Ajax and Feyenoord of the Eredivisie, in which he even had a trial with Ajax according to his agent Tamer El-Nahas.

With his physique and pace, alongside his technicality, flair, and power, the ambidextrous Abdelrahman Magdy has the potential to become a top football player, as long as he can work on his mental side of the game.

After multiple loan spells at Al-Ittihad Alexandria and even Tala’ea Al-Gaish, it was certain for many, Egypt was about to witness the tactical birth of a new top midfielder, the 21-year-old was a key part of the Egypt U23s national team that won the U23 Africa Cup of Nations in 2019 and has even made his debut for the senior national team under former Egypt boss, Javier Aguirre, providing an assist in his sole appearance for the Pharaohs.

Known to be skillful, Hamdi has kicked off the 2020-2021 season in style after netting an impressive solo effort against Egyptian League title contenders Pyramids FC in their opening game. His contributions have guided Al-Ittihad Alexandria to seventh place in the league table.

He was also a regular starter for Egypt in the 2020 Tokyo Olympics with a goal against Australia out of the 4 games Egypt played.

His impressive performances have caught the eye of Al Ahly head coach Pitso Mosimane, who was keen from the beginning on bringing Hamdi back to the Red Devils, and indeed, on 29 August 2021, Hamdi announced that he is returning to Al-Ahly after they decided not to renew his loan despite high efforts from Al-Ittihad officials.

Emam Ashour is easily one of the unsung heroes in Zamalek’s title winning run in the 2020-2021 Egyptian League season. A very tireless midfielder, he is capable of making late runs into the box to score, providing his teammates with precise passes to assist them, as well as track back and get gritty on defense.

Emam Ashour used to be deployed as a left winger, but his commitment and determination to fight for the badge made him an excellent choice for Patrice Carteron, the manager of Zamalek, to field him in the middle of the field, primarily, as a box-to-box.

Having an experience as a winger, Ashour is very quick on his feet with dribbles and his burst of acceleration helps him make progressive runs in the middle of the field where he can unleash his teammates after beating the press or go for goal himself.

After the departure of Ferjani Sassi, a key midfielder for Zamalek, in the second half of the season, many fans expected Zamalek to bottle being league leaders, especially with Al-Ahly breathing down their necks.

However, Emam Ashour was one of the prime suspects to fill in the Sassi role and ultimately proved his worth as Zamalek continued their strong run and eventually lifted the title on the second to last match day.

A member of the 2020 Tokyo Olympics squad as well as one of the winners of the U23s Africa Cup of Nations with Egypt, Ashour is not shy from the international set-up, and is surely knocking on the door to get his first senior call-up.