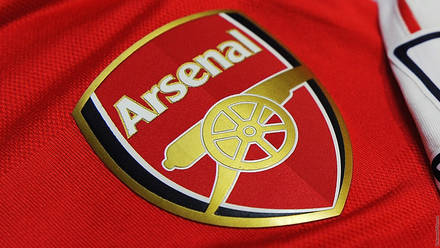 The Popularity of docuseries’ and documentaries

The main aim of documentaries is to explore topics in more depth, bringing new dimensions of understanding on whatever the topic in question is.

We as fans always speculate the nature of the existing relationships between members of a club behind the scenes. Whether it be between players, between player and the non-playing staff as well as all the other possible existing dynamics.

The commercial opportunities that have come as a result of the globalisation of football means there are now new ways for fans to feel much closer to the teams they support. One of the increasingly popular trends of docuseries’ and documentaries.

They provide another dimension for consumers to take in football. Perhaps with the intention of giving the club an authentic and sincere perspective. Film-makers are able to take advantage of the monstrous fan bases to add to their own.

Of course, there are some existing legendary documentaries following iconic players and managers that include the testimonies of significant people involved in their career. Giving us a cohesive timeline of what led up to significant points in the person’s career.

Following a specific individual club has become the most popular trend, in sporting film-making. Whether it be Amazon’s All or Nothing series’ or the amateur film makers who follow non-league sides with great production value.

I really started to take notice in 2015 following the release of Class of ’92: Out of their League. Following some of the former United boys on their latest football venture as owners of Salford City.

A 6-part docuseries that follows their next path into football as club owners of their local semi-professional side Salford City.

An interesting watch as they look to bring their own professional standards to a semi-professional side that has mainly people involved who have ‘’everyday’’ jobs.

Huge multi-billion high profile streaming services like Amazon and Netflix have able to forge mutually beneficial relationship with some of these clubs who look to promote their club on a global scale whilst these companies are able to generate serious profits.

The immediate concerns are that it’s club-controlled content. Where clubs can now portray themselves more as entertainment entities. Thereby looking to enforce their financially fuelled agendas.

These types of documentaries are extremely popular. An example is the Sunderland ‘Till I Die, which has been watched twice as much as the average British television series. Lifelong fans had endless superlatives for the series as they could relate.

One reason they are popular amongst fans is that the promotions often market the documentary as providing a new, exclusive perspective with behind the scenes access to more authentic and complex dynamics.

It promises to give re-affirmation as to the context behind the successes or failures of the team on the pitch as well as the endeavours of the non-playing staff in the transfer window or any other piece of club business.

The All or Nothing: Tottenham Hotspur series is probably the most popular series in recent times. The series had everything from drama, massive changes and interesting insight into Tottenham’s 19/20 season.

The series provided entertainment for rival fans also, who also followed destructive losses to Bayern Munch in the Champions League or shock cup exits to Norwich City and Colchester United.

Not to mention the box office arrival of Jose Mourinho following a managerial change early on in their season. Through no fault of his own, it naturally became dominated by Jose antics.

It was very much positively received in terms of social media. Various moments throughout the series are discussed and some even recycled then clipped up into ‘’memes’’.

What was interesting to see however was how they dealt with the beginning of the pandemic and the logistics behind club operations towards project restart.

Although, they weren’t to know that fans couldn’t return for the following season, the release of the documentary couldn’t come at a more opportune moment for all those involved in production.

The absence of fans in the ground for a significant period meant there was a disconnect and void which needed to be filled.

The documentation of the 19/20 season gave fans an opportunity to consume the drastic events of that season upon the eve of a new one beginning.

The purpose of these documentaries can be ambiguous at times but one commonality amongst the ones we’ve seen in recent years, is that clubs are looking to consolidate their significant role in their community. Confirming the might of football in England.

They also look to portray that there is ambition within the club and that some level of transparency is provided with these productions.

Much like the ‘regular’ films there needs to be a storyline that allows the consumer to experience a whole wide range of emotions. The ambitious targets followed by some form adversity and its effects then hopefully some redemption at the end of the story.

Each club has their own story to tell upon the release of their series or documentary. Manchester City mapped their story to title winners, Sunderland painted a sombre story with a determination, ambitious hopes for Leeds United and Spurs’ had comedic value.

I would agree with those quick to point out that fan culture is being sold another way to stay connected to the events to their own club and even rival clubs.

A film without a story is meaningless, each documentary has to provide something unique to the already existing documentaries out there otherwise a lot of clubs will want to document their seasons and it’ll become ordinary.

Football will always have a beautiful story to tell. Of course, it would be nice to follow your favourite names away from their usual media duties before and after games as well as their relationships with fellow team mates.

Prior to the start of the current campaign Amazon announced the club they’d be following for the 21/22 campaign is Arsenal Football Club.

Now given the fact the club hasn’t been where fans have wanted it to be for a long time it’ll be interesting to see how the club operates.

Their first campaign without European football in quite a while, an estranged relationship between owners and fans as well as playing staff who have underperformed for quite some time.

Fans have often voiced their discontent at the competency of club hierarchy as well as the standards of their players.

The fortunes or misfortunes of Arsenal over recent years have become something for rival fans to revel in and take an opportunity to laugh and joke when they can.

There is no doubt this will be another blockbuster docuseries by Amazon and I’d go as far as saying the most watched docuseries since they rose to popularity.

I know I’m certainly looking forward to watching it, I have no doubt there will be some comedic and memorable moments to be discussed by both fans and rival fans. This of course is dependent on what Arsenal do or do not achieve.

We don’t always have to follow the star-studded names and if this genre has become something that you crave and want to see more of, there are free docuseries’ available to follow the development of non-league sides.

There are channels and existing docuseries/ documentaries that follow teams at the lower end of the football pyramid.

Same format to the superstar brands but you are much more likely to hear many more expletives and less camera-conscious behaviour.

Along with the fact there aren’t any real favourites at this level so from their perspective you’d likely to be following an underdog story.

Nonetheless, there is an emerging market for this commercial venture, whether you think it is a further commercial evolution in football or you have genuine interest in behind-the-scenes in club affairs.