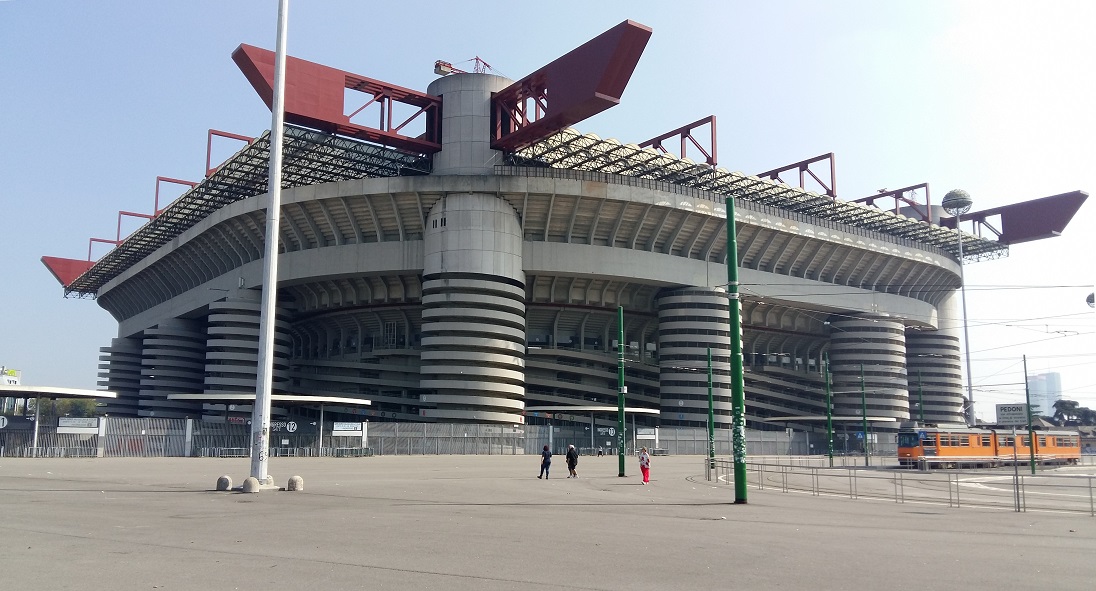 Groundshares that could intensify existing rivalries

One of the key components of any club’s identity is their ground. It’s something to take pride in for most fans and a reason why they become tribal in football culture.  Trying to make their home a fortress and be the 12thman their team needs.

So, any thought of a groundshare especially with city rivals would be unthinkable to most fans of certain clubs. It wouldn’t be a complete stretch to say there would be riots.

Ground sharing stadiums is a rarity in most top-flight divisions and would often be found lower down the football league pyramid.  Main motivation being they save a lot more money by renting from the actual owners as there isn’t a lot of money at that level.

In Italy of course, their top division has a few ground shares between geographical rivals.

Inter Milan and AC Milan are both tenants of the San Siro which is owned by the city of ‘’Milan’’. Same scenario with the two fierce rivals in Rome, AS Roma and SS Lazio both play their home games at the Stadio Olimpico.

Genoa CFC and UC Sampdoria share the Stadio Luigi Ferraris and AC Chievo Verona and Hellas Verona FC both share the Stadio Marc’Antonio Bentegodi so it’s not as if this couldn’t work at the top level.

Now there is some history to some of these groundshares which is understandable why they have continued to operate in this fashion for so long but in my opinion, it has added a unique dimension to the rivalries in Serie A.

Fans instead become territorial about who is able to defend the ‘’centre-piece’’ of the city the best and derby day usually has a ferocious atmosphere. It’s usually cost effective for most of the clubs involved so that finances can be focused in other areas.

It got me thinking which clubs rivalries would benefit from a single shared stadium. Of course, the following have been taken into consideration based on their geography as well as their city’s importance to the country’s economy because that seems to be of importance.

I think its needless to say that their home games won’t be scheduled on the same game week and therefore let’s not think too much about the logistics and focus more on the impact on the rivalry.

Almost every major city has an Olympic stadium. In, London the government actually own this particular property which held other sporting events such as the Olympics and the World Athletic Championships.

This particular stadium is actually primarily occupied currently by West Ham located in the Olympic village in East London since 2016.  Their London rivals in Tottenham Hotspur actually looked to become primary tenants here.

So, let’s pretend Tottenham had to share this ground and didn’t have that super deluxe futuristic home they currently have in North London. I think the location straight away would be a problem for Spurs fans having to travel east side of the capital.

If you ask both sets of fans they would say that the other isn’t their fiercest rivalry. You would probably find they have more animosity towards MIllwall and Arsenal respectively. Nonetheless, they do not share love towards each other.

A groundshare would mean Tottenham wouldn’t get access to the revenue coming in from other major sporting events so performances on the pitch would be more important than ever.

Both clubs would bring something unique within the London stadium. Their fact that both clubs are in a city that is one of the most attractive for tourists all over the world and no doubt they would both benefit from the tourism at a popular landmark.

Giving them an opportunity to add to what already is a quite large fanbase. No doubt these two sets of fans would intensify their animosity towards one another and a London derby between these two would be ultimately motivated by a desire of control over this city’s jewel.

The Olympic stadium in another major city and even though they would love to beat each other whenever the Berlin derby comes around, the actual derby isn’t built up by the fans the same way you would see other rivalries are built up elsewhere.

Union Berlin on the east side of Berlin and Hertha to the west, there is a historical and political context to this derby. Bringing Union over to the West to play their home games won’t sit well especially with their anti-establishment culture.

The Berlin wall and competing in more localised divisions at the time meant the derby between these two clubs didn’t manifest strong dislike for one another.  The divided city gave them a unified attitude for many years.

Their first match against one another came in friendly in 1990 as almost celebration following the collapse of the Berlin wall and the first competitive fixture between the two came 20 years later in 2010 in the 2.Bundesliga.

It was 2010/11 and 2012/13 seasons in the second division where the fan groups started to manifest a type of rivalry we are used to. The Berlin derbyregularly fills up the capacity of the Olympic stadium which is handy.

So, with only 9 competitive fixtures against one another and as they are both in Germany’s top flight. A stadium in which they are both tenants would add some significant intensity to quite a friendly rivalry historically.

The rivalry is in its infancy. By comparison to Glasgow or London derbies its peaceful and not so much an attraction for many out of Germany. By giving them the same territory to defend boosts German football by having a proper rivalry just like the other major cities.

Around the city of Milan you would see Red and Black as well as Blue and Black plastered around the city to show some sense of unity but also to signify there are two main attractions as well as where they can be found Berlin could do similar with these clubs.

A very much long-established rivalry between the two Seville based clubs with their stadiums Estadio Roman Sanchez and Estadio Benito Villamarin home to Sevilla and Real Betis respectively.

Unlike the others on this list, this isn’t the capital of the nation but a notable city rivalry to take note of after the Madrid derby and more than the Catalan derby. Both teams actually had failed bids for this ground but this could actually be a possibility.

They both also share equal ownership (1.5%) in a 57,000-capacity stadium that is also located in Seville the second largest in the autonomous region of Andalusia. There are other owners with some percentages but the biggest is held by the Andalusian government 40%.

Sevilla would actually have an increase in capacity if they were to groundshare La Cartuja since their own ground holds 42,000, so straight away they will able to bring in more money from gate receipts.

With Sevilla’s recognised European Pedigree and Real Betis moving into European positions much more regularly recently there is an opportunity to renovate their own grounds and in doing so they could end up sharing their home games at the other ground they both own.

With both teams looking to compete in Europe regularly there is an opportunity for the Regional Government of Andalusia to take advantage and rival the city of Madrid with a fiercely contested battle between rivals for success in Spain’s 6thlargest stadium.

Every rivalry is different and by equally owning this Olympic stadium with the way it’s designed the war cries of the Beticos especially who are the underdogs almost every time in this rivalry.

Usually the build-up to derby day throughout the week is filled with the two sets of fans chanting club songs through the streets of Seville. I think more than just Andalusians would be tempted to see this spectacle more frequently.