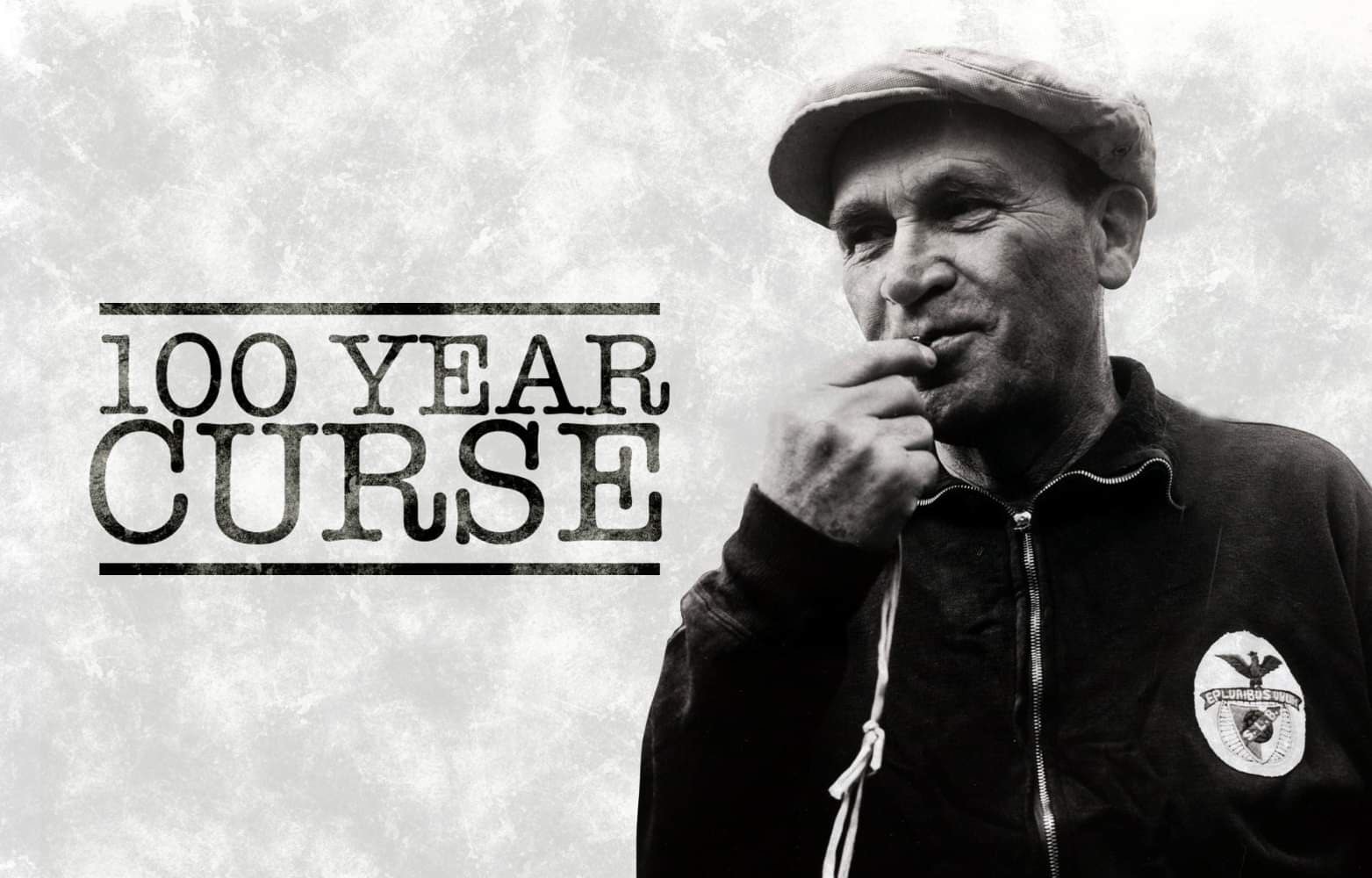 The European Giant with a 100 year curse

In every European country there are clubs that can be regarded as household names and most of them are known worldwide. Portugal have a few clubs with that level of prestige but arguably the biggest of them all is Benfica.

Along with Sporting Lisbon and Porto, they have had a monopoly over the domestic competitions becoming Portugal’s most successful club. The Eagles have won a record 37 Primeira Liga titles, a record 26 Taca de Portugal and a record 7 Taca da Liga. However, the biggest prize in the club’s trophy cabinet is the two European Cups they won in 1961 and 1962.

Benfica were the first club to win the European Cup that weren’t Real Madrid, who had claimed the first five editions of the competition. The Eagles back to back successes in the early 1960’s were masterminded by their manager Bela Guttmann.

Guttmann was born in Budapest and due to his Jewish heritage he was transported to a concentration camp in 1941. He was tortured but survived the Holocaust and after the war, went back to what he did best, football. He’d been a good player, plying his trade in both Europe and America and representing the Hungary national team on four occasions.

However, he found most of his success as a manager, taking charge of both AC Milan and Porto. It was after his first spell at Porto, that he was appointed as Benfica manager in 1959. He had won the league over the Eagles the previous season with Porto and as soon as he arrived at the Lisbon club, he promptly sacked 20 of their senior players stating that they weren’t good enough.

He promoted a host of youth players and promptly won the next two league titles in 1960 and 1961 with a squad that included the legendary Eusebio. Those wins were accompanied by the two European Cup victories, with Benfica beating both Barcelona and Real Madrid to claim them.

After the second victory in 1962, Guttmann approached the board and asked them for a small pay rise. Despite the success he had brought the club though, he was turned down and he resigned. Upon leaving he reportedly said “not in a hundred years from now will Benfica ever be European champions again”.

At the time, it seemed a rash declaration to a club that was top of the pile in Europe. However, since then his words have never rung truer. Benfica have reached eight European finals since 1962 and they’ve lost all of them.

A warning that was pushed to the side originally, has now become a curse that is known to all who follow the Eagles. In fact, after five straight final losses, even the great Eusebio had succumbed in belief of the curse and ahead of the 1990 European Cup final, made a unique plea.

The final was to be played in Vienna, which also happened to be the burial place of the great Guttmann. Before the game, Eusebio visited his grave and prayed for the curse to be lifted. Clearly his prayer wasn’t heard though as Benfica would lose 1-0 to AC Milan.

The Eagles most recent loss came on penalties to Sevilla in the Europa League in the 2014 Europa League final. Despite the curse appearing to be real though, the club has honoured Guttmann with a statue of him holding the two European Cups outside their Estadio da Luz stadium.

One things for sure though. Every Eagles fan will be hoping the curse doesn’t last another 40 years as predicted by Guttmann.