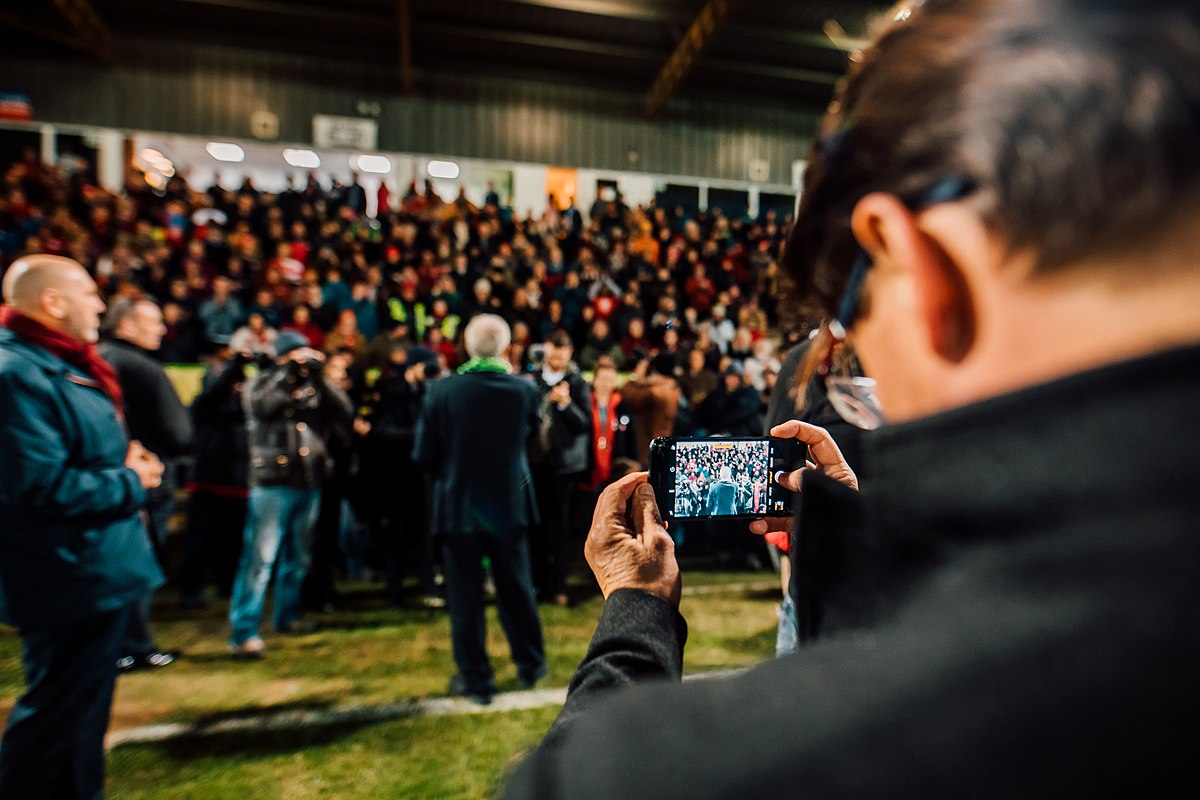 The nature of modern-day football ownership often leaves clubs with some form of divide in opinion about how certain aspects of the club should or shouldn’t be run.

It used to be about the wealthiest businessman in the community owning and investing into a club supported by people they would encounter daily but it grown to a point where there is a chasm for whatever reason between the modern fan and modern owners.

I’m not even exclusively talking about the biggest teams at the top of the football pyramid or in the highest divisions but this happens across all clubs at levels with any sort of owner in place financing proceedings.

Often issues between fans and a club’s hierarchy rises from finances or some form of deviation away from the club’s philosophy, morals, values or its traditions linked to the community in which the club was founded and or based.

Most fans of Premier League clubs dream of some sort of involvement in some of the decisions made at their club but as most owners at this level are either oligarchs, royalty to some extent or insanely rich business men there is a disconnect between owners and fans.

Most fans who support clubs at the lower end of the pyramid are no doubt envious of the money banded around the higher echelons of the football pyramid but the money available at their club as well as its value is more attainable for fans to buy into and get some control.

All the talk of football fan ownership for the big-name teams in the big-name leagues but this has already been the case for many smaller clubs in a variety of formats as a result of differing circumstances.

Some of the formats of fan ownership may have given something to the fans but in a sport where money is a significant contributor to any sort of growth and progression, there are some models that put clubs in a more advantageous position over others.

Larger supporter ownerships exist at the lower end of the pyramid for obvious reasons as they don’t have the financial wealth to compete with a lot of owners in and around their divisions.

These clubs as suggested in title are taken over and owned by a supporter’s trust or a collective group of fans buy out the club and run it in a model that keeps every fan’s voice relevant often in the form of some voting rights or voting policies.

Club officials are often elected into the position and there is very much a democratic approach to proceedings with the intention of showing that every fan’s voice is heard and taken into consideration.

The highest-level ranking club currently with complete supporter ownership is Exeter City in the EFL League Two. Their supporters trust took over in 2003 following a relegation to the Conference league (now known as the National League) buying a majority of shareholding.

The supporters trust looked to address the club’s sizeable debts by using fund-raising activities and their ‘’Red or Dead’’ scheme. The club was ultimately kept afloat and their perseverance reaped its rewards when they returned to the football league in 2008.

Between 2009 and 2012 the fan owned club played in League One which is testament to the model they have in place and from 2012 till the current day they have managed to stay in the football league for almost 14 years now since their takeover.

Other Supporters trust owned clubs like National League side Chesterfield FC (bought by community Trust in 2020) will look at the model Exeter City used to navigate through a history of financial mismanagement and hopefully be a sustainable side in the EFL.

Clubs like Lewes FC since 2010 have run an efficient supporters trust owned club. With officials elected to the club’s development. Currently playing in the seventh tier they will also look to do something similar to Exeter City.

In 2017, Lewes became the first professional or semi-professional club to give equal pay to both the Women’s and Men’s team. With the Women team currently playing in the FA women’s championship since 2018, so it’s safe to say this ownership are successful so far.

Clubs born out of protest

These are the clubs manifested by supporters of already established clubs often taking the name of the original club they support in some sort of variation. In order to protest and show that they are keeping the values and traditions of the club alive.

The most famous example being AFC Wimbledon. A breakaway club forged by former Wimbledon Supporters in 2002 as a result of authorisation for Wimbledon FC moving to Milton Keynes in 2003 and eventually become MK Dons in 2004.

The club have kept the traditions of Wimbledon FC with the colourways of the kit and have recently moved into a new stadium at Plough Lane only yards away from their original ground whilst under the name Wimbledon FC.

Interestingly they compete with the MK Dons in the same division currently testament to the work The Don’s Trust has put into AFC Wimbledon, who worked within their community to keep a professional football club to be proud of for the original Wimbledon supporters.

Another infamous protest club is FC United of Manchester. A club set up in 2005 in protest of the takeover of the Glazer family. The club is owned by over 5,000 of its members making it the largest supporter owned club in England in terms of its members’ ownership.

The Community benefit model sees members buying their membership which automatically translates to a voting right. Board members are elected and the club looks to remain as a non-profit club avoiding any sort of commercial deals and partnerships.

2015 and 2019 FC UoM spent time in the National League. Currently in the Northern Premier League no doubt they will look to preserve their values whilst attempting to get into the football league.

Another interesting example is Enfield Town FC a club born as a result of discontent of the regime at Enfield FC. Similar to AFC Wimbledon, geographical changes played a huge role in the discontent.

You look at the fortunes of both clubs since Enfield Town was born in 2001 and its safe to say the supporters trust were right to go in the direction they did.

Enfield Town have been stalwarts around he 7th tier of English football with potential to go even higher and a reformed Enfield FC are currently in the 9th tier looking to scratch their way to days of old when they competed around the 5th/6th tier.

These clubs aren’t entirely owned by the supporters or supporter trust but there is a fraction that has been bought by a collection fans enough to the point they are very much aware and involved in club politics.

Unlike the other categories you will find a lot more teams with this type of supporter ownership in the football league system some currently playing as high as the Premier League.

The advantage comes from the rest of the ownership belongs to other shareholders, investment groups, single entities or whatever type of owner is at the helm. So, they are likely to put up the finances for expenses whilst the supporter trust is involved with politics.

Norwich City’s fan representatives Canaries Trust became the 12th largest shareholders in their club in June 2021. They acknowledge how modern football is straying away from community and towards corporate so it was important for them to have some ownership.

The Canaries Trust membership price is affordable and given the fact the trust has open dialogue with the directors and executive board it’s a pretty sweet deal all around. A Premier League side with connection to its fans it seems to be a rare thing.

If we take a look at the division below and Luton Town Supporters’ Trust that is a democratic society that represents the Luton Town fans. The trust own 50,000 shares is their beloved club.

The club has given the trust legal right to oppose any changes to the identity of the club. This includes name and or nickname, kit colours and badge as well as the mascot.

League One side Lincoln City have the Red Imps Community trust who own 18.9% of shares in the club as well as having the power to elect a member onto the club’s board of directors.

Wycombe Wanderers supporters trust have 25% share in their club whilst Grimsby Town’s Mariners trust own 14%. National League South sides York City and Dulwich Hamlet have supporter trusts who own 25% or more of shares in their club respective clubs.

There isn’t an obvious ideal supporter ownership model as each club is different in their traditions and values. So, it isn’t as if there will be one universal model that will blanket over all the teams in the English football pyramid.

However, the ownership models that do exist are sure to leave some of the biggest and wealthiest clubs jealous to some extent. It must feel good to have some hold and say in club agendas.

Most owners view supporters as just consumers or a form of revenue. So, to see how successful some clubs have been run alongside fans is refreshing to see.

Any fan of a bigger more established side in the football leagues, they will hope they will have a fractional ownership opportunity following some of the names mentioned in that category in order to ensure that modern fans have a strong link to their club in some way.