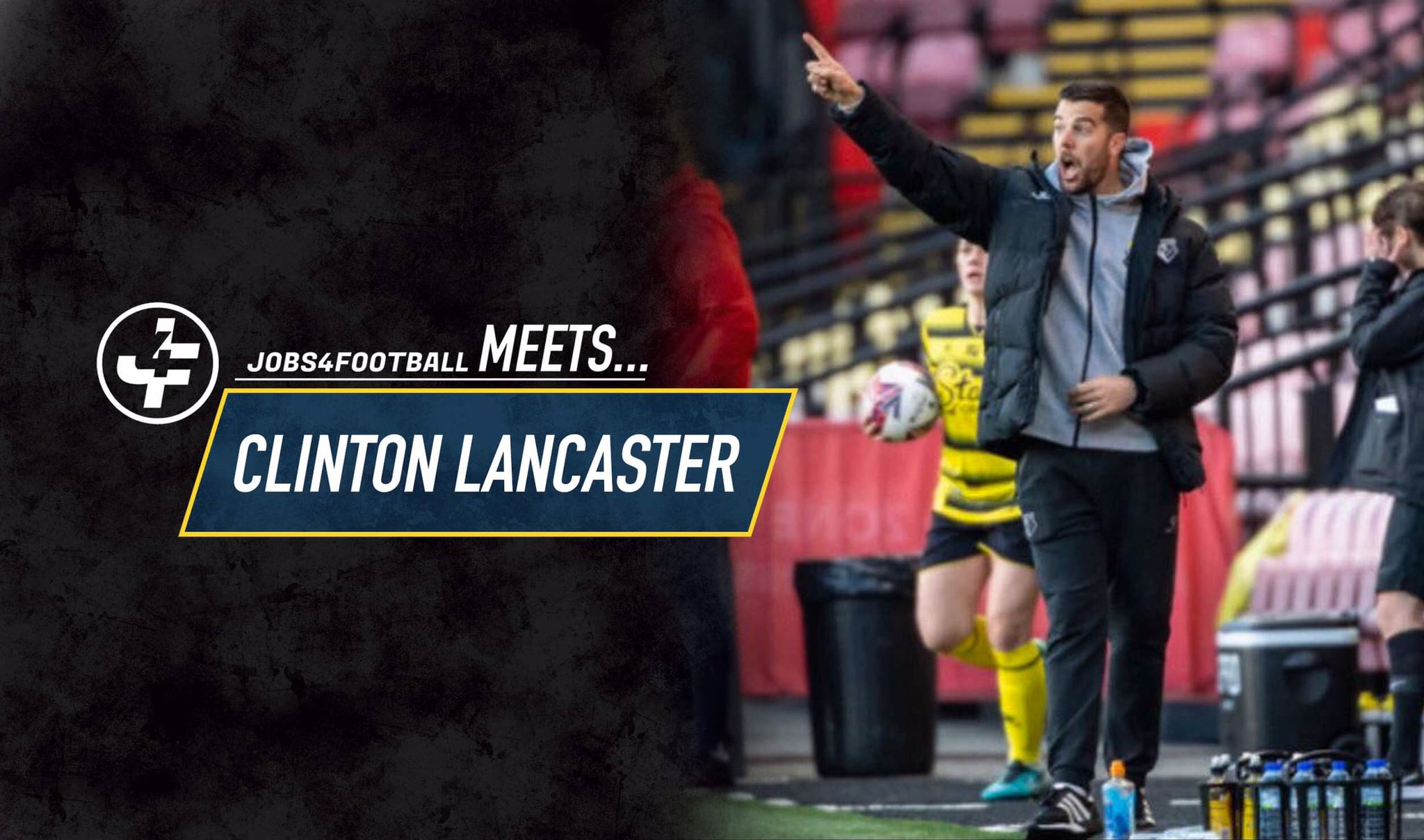 Jobs4Football spoke with Clinton Lancaster, who has recently left his position as the women’s first team coach at Watford FC after a total of five years with the club.

Lancaster left the role after guiding Watford to the National League Plate Final in the 2019/20 season whilst also being named manager of the month in December 2019, and most recently guiding the club back into the FA Women’s Championship.

When discussing his time at the club, Lancaster said: “When I first joined Watford as women’s U23 head coach I pushed a lot of the younger players up to the first team, and then when I became first team coach the club weren’t in the best place as they had just come out of The Championship.

“From then I managed to bring in some good players and rebuild the first team, the last two seasons we finished top of the National League, but due to the pandemic weren’t clear whether we would be promoted or not. I was delighted when we finally found out that we had been promoted back to the Championship.

“I look back on my time at the club with great pride having seen some of the younger players progress through the U23s to the first team, and I’m delighted to have been the person to give some of them their debuts and help the club get back to where it is today.”

Lancaster departs the Hertfordshire team with his head held high after playing a big part in the club getting back to the second tier of women’s football, and the UEFA A license coach is looking forward to getting stuck into his next coaching role as soon as possible.

“I’m excited to get back into football, whether that’s men’s or women’s it doesn’t matter, but I know I’ve got a lot to offer in a coaching role.”

“I would say one of my best attributes is that I’m a good people person and this can be seen from the feedback I have had from players and coaches previously. I feel I also have a good understanding of the game; I know in coaching you continue to pick things up and learn new ways to do things and this is why I’m passionate about reading and studying the game because I always want improve and get better.”

The Plymouth local started out coaching at his hometown club in 2007 and since then has gone on to coach at Chelsea as a development coach and Crystal Palace, where he was the women’s first team assistant manager for over two years and helped the club win the National League South East and the Surrey County Cup.

“I think the assistant role is often overlooked at times in when in reality it’s a key role at any football club. At my time with Palace I learnt an awful lot from the manager and from that I picked up things that I would do if I were head coach and also things I wouldn’t do. It was the same at Watford I learnt more aspects that I would implement as head coach and also things that I wouldn’t, and these experiences really helped me when it came to becoming the first team coach at Watford.”

“I’m open to a number of different roles in coaching, whether that be as a head coach, assistant or first team coach because there are so many different opportunities to learn and I feel in each role I can be a huge asset to a club.”

Despite being young in coaching terms, Lancaster has already acquired a vast amount of experience in the past 14 years, and to add to this he has also obtained a national diploma in sport, a diploma in psychology and a certificate of higher education in sports coaching. Lancaster is also a member of the League Managers Association, and is due to attend their diploma in football manager this summer. This along with his previous success at Watford and Crystal Palace along with his desire to keep learning and improving make Lancaster look set for a successful career in football.