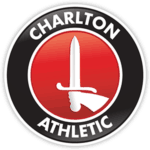 Charlton Athletic Football Club is an English professional association football club based in Charlton, south-east London. The club was founded on June 9th, 1905 and has a very storied history from rising to the top-flight of English Football in the 1930s (First Division) and again in the 1980s, 1990s and 2000s, to winning the FA Cup in 1947 and to leaving their Valley home in the mid-1980s only to make an impassioned return in 1992. Historically, the women's team played under Charlton Athletic from 2000 to 2007 but were released to become an independently run team in 2007 following the men's team's relegation from the Premier League.

The women's team were originally formed as a non-professional team in​ 1991 and were highly successful in the early 2000s winning The FA Cup, the League Cup, and the Charity Shield, as well as coming runners-up in the top division in multiple seasons. In February 2021, the club acquired the Charlton Athletic Women's team, turning the team full-time professional, and integrating them to become one club again.

Currently, our men's first team competes in League One, the third tier of English football, and our women's team competes in the Women’s Championship, the second highest division of women's football in England. At Charlton, we are ‘one club’ and can be truly described as a ‘family club’.

Charlton Athletic Women’s Football Club are looking for Lead RTC and U21s Goalkeeper coach to work within our Regional Talent Club and Girls Development Centres, and the club’s U21s. There may at times be work available with the women’s first team.

These positions, coaching elite girl players, are integral to the player pathway of young players to give them the best foundation to play for our Women’s First team one day.

You will work closely with the RTC Technical Director to deliver coaching, philosophy and a planned syllabus to your team.

Our Regional Talent Club (RTC) train on Tuesday & Wednesdays evenings between 5pm-8:30pm at Charlton Athletic Community Trust 3G in New Eltham, SE9 2JR and matches are on Saturdays or Sundays depending on the age group.

Our U21’s train on Tuesday and Thursday evenings with games on Sunday.

Charlton Athletic Football Club are committed to safeguarding and promoting the welfare of children, young people and adults at risk. The successful candidate may be required to undertake a Disclosure and Barring Service check (DBS). The possession of a criminal record will not necessarily prevent an applicant from obtaining a post, as all cases are mediated individually according to the nature of the role and the information provided.