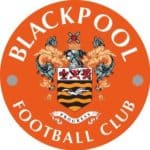 Blackpool Football Club is an English professional association football club based in the seaside town of Blackpool, Lancashire.

The club was founded in 1887 and has a very storied history, from being a founding member of the Lancashire League in 1889, rising to the Top-Flight of the Football League (the old First Division) in 1930, to winning the FA Cup in 1953 and being promoted to the Premier League in 2010 (becoming the first club to gain promotion from every division of the Football League via the play-off system.)

The team are competing in the Championship division of the English Football League, the second tier of English football, having gained promotion from League One in 2020–21.

The club have played their home games at Bloomfield Road since 1901.

The role of our Academy Coaches is to create a positive learning environment where you will support and challenge our players on their development pathway.

Candidates should demonstrate outstanding personal skills and excellent knowledge of player development whilst having a clear understanding of the player pathway.