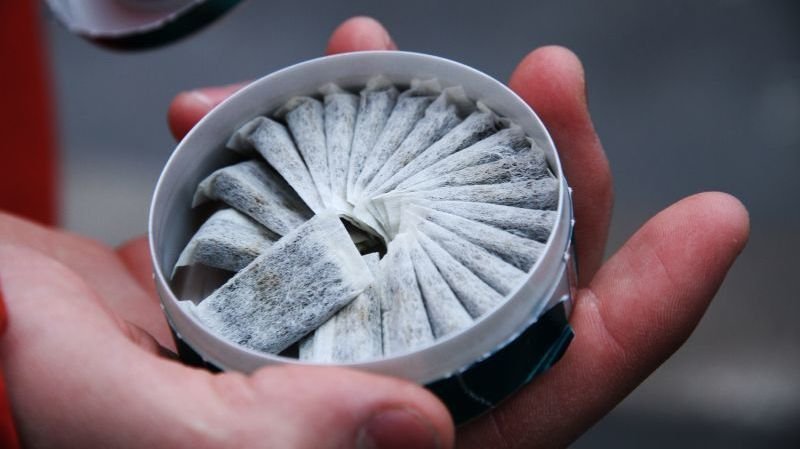 What Impact Does SNUS Have On Sports Performance

Nowadays, you would be hard pressed to find a football club that doesn’t have at least one player on the team who is constantly holding a small round plastic pot of SNUS. Outside of Scandinavia, many individuals within the general population may be unaware of SNUS and unsure what it actually is.

SNUS, what is it? And what impact does it have on sports performance?

Many people’s main frame of reference is possibly pictures of players such as Jamie Vardy holding a pot of ‘Siberia’ in their hands.

From my observations from my professional playing days in both the UK and almost a decade spent in Sweden. I can say that there has been a massive shift in its popularity among players, particularly back home in the UK.

Speaking with former teammates and fellow players within the professional game, I believe that the ‘Buzz’ they get from consuming SNUS is one of the main reasons they initially take it.

So, what is SNUS?

Originated in Sweden, SNUS is an oral tobacco-based product which contains high levels of the addictive organic compound Nicotine. It is placed between the lip and gums for an extended period of time. They get a ‘light headedness’ once inserted, similar to smoking.

Currently, the sale of SNUS is illegal within most European Union Countries (besides Sweden, Denmark, Estonia and Hungary). Players outside of Scandinavia, source their products from online websites from places such as Israel.

However, over the last several years there has been a dramatic rise in the popularity of SNUS within the UK, especially within sporting environments. From elite level players, all the way down to those at the grassroots level. Most worrying of all, it is prevalent with younger players within the game.

A couple questions that you might be thinking to yourself: Why do players take it? Are there any benefits from consuming it? What about the negatives from its nicotine content?

This thought process was similar to Kasper & Close. Where they both noticed its popularity within their own professional working environments.

In their recent 2020 paper, they looked to find out what effect SNUS has on sports performance, specifically within team sport athletes (football and rugby).

The Effects of SNUS on Sports Performance.

Given the high intensity, intermittent nature of football all three (aerobic, anaerobic and strength) characteristics are significantly important in order for a player to be successful. Therefore, making sure that you’re on top of all three will help improve athletic performances on the field.

Kasper & Close (2020) noted there is evidence to suggest detrimental effects to aerobic, anaerobic and strength activities. However, it must be noted that the research on SNUS is fairly limited as to date.

Although, from the limited data available, the results are not in favour for consuming SNUS as a team sport athlete, or any athlete for that matter).

This will severally impact a player’s performance on the field the higher the level they compete at. As the speed of the game is vastly quicker and faster decision-making abilities are crucial in order to be successful.

For strength-based exercises, research has shown that the use of SNUS may be disadvantageous on the effects on the maximum rate of force generation as well as maximal voluntary contraction. As the speed of the game is becoming increasingly faster each season and being able to generate explosive actions represent ‘game changing situations’ during games. Therefore, they could be becoming less powerful and explosive players on the field.

Additionally, SNUS has been shown to reduce readiness to train and increased mental fatigue.

Since SNUS contains tobacco, you may be concerned about any potential cancer risks and also any other health related concerns given the associated health risks from regular tobacco consumption. However, the results from epidemiological studies that have incorporated SNUS (albeit limited as of this post) and other forms of oral tobacco, have produced equivocal results.

Nevertheless, Cancer Research UK has issued warnings and actively discourage the consumption of SNUS due to it being liked with some potential cancers, most notably pancreatic cancer.

With SNUS’ addictive nature, many players have admitted to me that they are ‘addicted’ to the stuff. They seriously struggle to abstain from taking it and they find it incredibly difficult to quit. I have known numerous players, who in an attempt to quit, resort to inserting tea bags into their upper lip as a replacement to SNUS.

Just imagine, walking around town with your favourite ‘Earl Grey’ or ‘Yorkshire Tea’ tea bag shoved into your upper lip…..Not a pleasant look at all.

From spending the better part of a decade in Sweden, I have become accustomed to SNUS around me. Fundamentally, my opinion/thought about the consumption of SNUS is…why would you knowing take something that is going to be detrimental to your performance.

But, more worrying of all is the potential health risks associated, along with the side effects if and when you decide to quit consuming it.

If you’re taking SNUS for its ‘cognitive’ benefit, as a result of the nicotine content (though, I believe this isn’t why the majority of payers take it) my recommendation would be…Why not use a supplement such as Caffeine. It has a plethora of positive research behind it, with its cognitive, aerobic, anaerobic, and strength performance improvements.

In my opinion, the Benefit: Cost ratio for consuming SNUS is simply not worth it, for both your health and performance. The trade-offs simply don’t outweigh the positives (if any) and given that it is highly addictive, I would strongly suggest to any players who have recently started or thought about taking it to reconsider it.

I know that some clubs have ‘banned’ the use of SNUS. Though I believe this approach is tremendously difficult to ‘police’ and it isn’t an effective strategy to counteract the use of SNUS within the football club. Teams can’t monitor what players do during the other ~20 hours of the day. So, other strategies seriously need to be considered.

I believe that the best solution is to try to educate players and make them aware of the associated health risks and negative effects to their performance from consuming SNUS. This can be achieved via members of the medical department, and/or other backroom staff to implement strategies to promote the awareness to players and discourage its use within the club.

This should be performed in a non-judgmental manner, in order to fully understand as to why each player is consuming SNUS.

Most worryingly, is the popularity of SNUS within younger players in the game. It is essential that these younger players are educated as they’re extremely impressionable to what they see first team players do, as well as other pros within the game.

I believe the title of the Kasper & Close (2020) paper holds true and sums up nicely on SNUS’ impact of Sports Performance…… ‘You snus you lose’!

Future research calls for well-constructed, double-blinded placebo control studies, performed with the consumption of SNUS to determine if there are any proposed benefits on sports performance. With this data, clubs can use it as direct evidence as to why they shouldn’t be using SNUS, if they’re wanting to optimise their footballing careers.

For any of you who may be interested, Here is a link to an infographic that I created on my Instagram, that sums up the findings from the Kasper & Close (2020) paper.