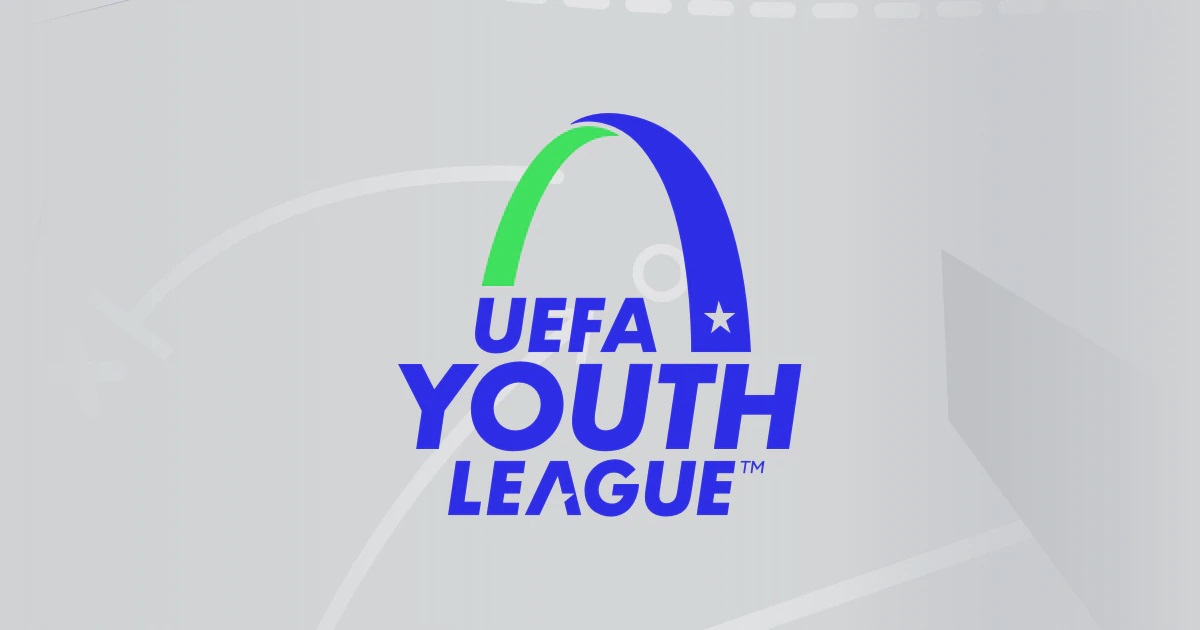 The penultimate round of group stage fixtures in the UEFA Youth League saw Manchester City dumped out of the competition by PSG, whilst Chelsea will face a nervy final day after defeat in Turin.

There were much better outings for Liverpool and Manchester United’s U19s, however. Liverpool turned on the style, hammering Porto at the LFC Academy Stadium whilst United snatched a late win in Villarreal. Both have secured top two finishes in their respective groups.

Here is our full round up of the action!

Group A: Man City and Leipzig OUT, PSG and Brugge through.

The Parisians were on top from the start, Djeidi Gassama should have opened the scoring after good work from Xavi Simons but Mikki van Sas stood tall to make the save one v one.

Gassama and Simons have been a formidable duo in this competition and they combined once again to open the scoring on 40 minutes.

Simons showing great pace to get in behind down the right before having the awareness to slot the ball across to Gassama who couldn’t miss an open goal.

Gassama made it 2-0 early in the second half but this time it was all his own making. The 18-year-old winger dancing into the box before lashing home with his left foot.

16-year-old Wilson Odobert made it 3-0 after even more good work from Gassama, he broke down the left before switching the play to Odobert who cut inside with a neat step over before placing the ball into the bottom corner past Van Sas.

Gassama now tops the goal scoring chats in the competition with five goals and one assist in the five games so far. James McAtee has the same record but only has one more game left to add to it with City’s exit from the group already confirmed.

Rico Lewis gave City a consolation seven minutes from time, he turned superbly in the box before finishing from close range.

RB Leipzig’s miserable time in this competition continued as Club Brugge replicated the score line from the reverse fixture.

No team have conceded more goals in the competition than Leipzig (20) and they are of one of only three teams to not have a point on the board after five games, the others being fellow Germans Bayern Munich and competition debutants Sheriff Tiraspol.

Ibe Hautekiet opened the scoring for Brugge but Robin Friedrich levelled the scores on 40 minutes. Arne Engels restored the Belgians’ lead just before half time.

Cisse Sandra’s fifth goal of the tournament made it 3-1 before Lyntt Audoor rounded off the scoring late on.

All that is left to decide in Group A is top spot. PSG and Brugge will battle it out on the final day.

Group B: Liverpool through in style, Atletico keep things interesting

Liverpool turned on the style to seal qualification against the side that previously occupied top spot in Group B.

Dominic Corness got the Reds off to a flying start, slotting home from James Norris‘ cut back after a flowing Liverpool counter on four minutes.

Liverpool doubled their lead in first half added time, a well worked set piece saw Corness lay the ball back to Stefan Bajcetic whose low shot took a deflection and found the bottom corner.

Kaide Gordon was denied a stunning goal by a flying save from Ivan Cardoso before Max Woltman made it three, beating the offside trap and finishing from close range after Gordon’s scuffed shot fell into his path.

Norris rounded off the scoring in the 90th minute, slotting home with his left foot after being played in by Woltman.

Atletico made things very interesting ahead of the final day with a 3-0 win over AC Milan.

Penalties in either half scored by Javier Curras and Javier Serrano were added to by Aitor Gismera late on, meaning a win for Atletico in Portugal next month will see them qualify in second place.

Milan’s exit was all but done anyway but it is now mathematically confirmed.

Amourricho van Axel Dongen’s first half penalty was all that separated the two sides in Turkey.

Ajax stay top of the group whilst Besiktas’ exit is confirmed, the Turks could still have a huge part to play on the final day, however.

Sporting came from behind to win 3-2 against Borussia Dortmund.

The German’s looked a sure bet for qualification after two wins and a draw from their opening three but back to back defeats now sees them in third and facing an exit if they fail to win on the final day.

They took the lead through Jamie Bynoe-Gittens but Sporting replied with goals from Youssef Chermiti, Miguel Menimo and Rodrigo Ribeiro.

Switzerland U19 international Bradley Fink scored his fourth of the campaign in added time to make it 3-2.

Ajax currently top the Group with 10 points but could still be knocked out if they lose in Portugal as Sporting are second with eight points and Dortmund are third with seven.

Lorenzo Peschetola scored the only goal of the game just four minutes in to confirm Inter Milan’s place in the knockout stages.

Bruno Iglesias Lois was the scorer as Real Madrid won 1-0 for the second successive UYL game.

Inter and Real face each other on the final day with the only thing left to decide being who tops the group and advances to the quarter finals.

Group E: Dinamo Kyiv and Benfica through, Barca and Bayern out

Dinamo Kyiv remained unbeaten at the top thanks to goals from Oleksandr Yatsyk and Volodymyr Brazhko. Benjamin Dibrani scored a consolation for Bayern, their first goal in the competition this season.

Two-time winners Barcelona will play no further part in the competition (after December’s group stage finale) after Benfica confirmed their top-two finish.

It is the second UYL campaign in a row that they have failed to get out of the group stages, despite being the joint-most successful team in the competition’s history.

Benfica on the other hand have been one of the standout teams in this season’s tournament so far. They are looking to reach the final for the fourth time and in this form there is no reason why they can’t.

Martim Neto opened the scoring with one of the goals of the tournament before Tomas Araujo and Pedro Santos got on the scoresheet as Benfica eased to victory at the Estadi Johan Cruyff.

They will fight it out for top spot with Dinamo on Matchday Six.

Manchester United took a giant leap towards the quarter-finals with a 2-1 win in Spain.

The Reds avenged a 4-1 thrashing from when the sides met at Leigh Sports Village on Matchday 2, thanks to a late winner from Sam Mather.

Alex Jimenez had given Villarreal the lead in the first half but Charlie McNeill‘s fifth of the season pulled United level before Mather scored the winner five minutes from time.

Atalanta came from behind to win the dead rubber in Group C.

Young Boys took the lead through Medon Berisha but Alassane Sidibe equalised before half time.

Aaron Appiah put the hosts in front before Sidibe equalised again, from the spot and Atalanta won the game with seven minutes thanks to Simone Lozza.

United host Young Boys on Matchday Six with top spot in their hands.

Group G: Sevilla through whilst Lille give themselves a chance

Sevilla sealed a top-two finish with a 2-0 win over bottom of the group Wolfsburg. Diego Rodriguez Gallardo and Dario Benevides Fuentes got the goals.

10-man Lille kept their hopes of a top-two finish alive with a 1-0 win over Salzburg. Exauce Mpembele Boula scored the only goal of the game from the penalty spot, eight minutes after Ismail Bouleghacha was sent off for the hosts.

Lille now need to win away at Wolsburg on Matchday six and hope Salzburg drop points at home to Sevilla to have a chance of qualifying.

Juventus became the first team this season to seal a top-of-the-group finish after a classy display at Cobham.

Argentinian wonderkid Matias Soule opened the scoring after less than a minute, finishing from a tight angle with his left foot. Looks like he learned a thing or two of these two during the international break…

Lionel Messi and Angel Di Maria of PSG and Matias Soule of Juventus with the Argentina national team. pic.twitter.com/MwXEDFmc34

The best Chelsea could muster up in the first half that was dominated by the Italians was a Charlie Webster strike from range that was tipped over by Zsombor Senko.

Juve doubled their lead on the half hour mark from the spot, pinball in the Chelsea box saw Ange Josue Chibozo rattle the crossbar before Nicolo Turco was fouled. Fabio Miretti dispatched the penalty.

Turco made it 3-0 before the break, finishing off a fantastic Juventus move that started all the way back with Senko.

Chelsea improved and were the better side in the the second half. Joe Haigh came close three times before finally getting a deserved goal on 90 minutes, reacting first to a loose ball in the box to lash home from close range.

Only a consolation for the Blues as the score line from the meeting in Italy was replicated.

They now face a nervy finale in early December as defeat on Matchday six against Zenit could see Chelsea crash out at the group stages.

To round off the Matchday five action, Zenit were 3-1 winners in Sweden thanks to goals from Aleksandr Sandrachuk, Roni Mikhailovskii and Kirill Khvastukhin. August Karlin scored Malmo’s goal from the penalty spot.