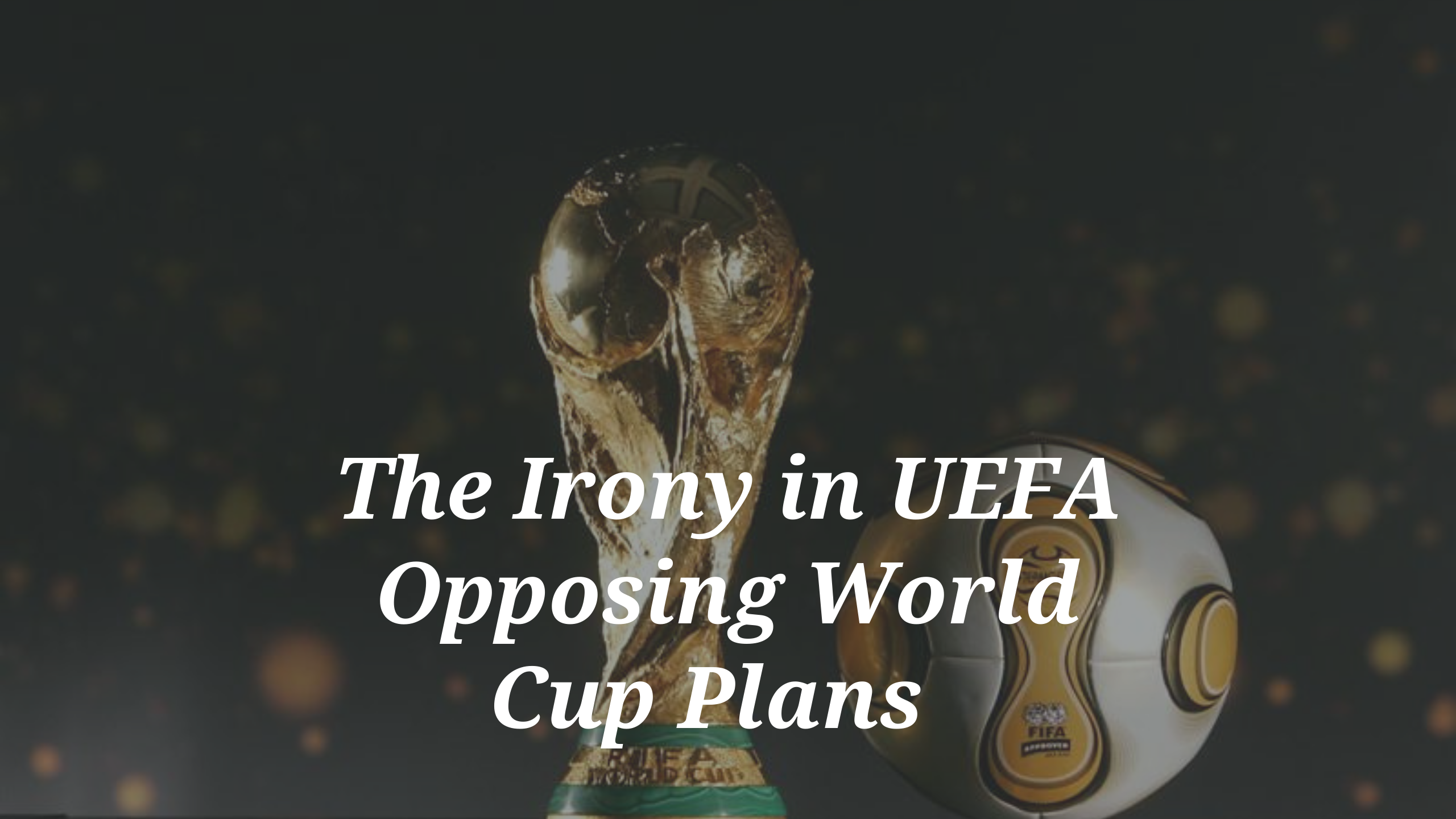 FIFA suggestion on halving the World Cup cycle to having the tournament every two years has caused quite the stir in the football community. Now that atmospheric feel surrounding the World Cup is indescribable.

The long spells out of competitive football caused by the pandemic has ultimately led to congested seasons for almost all the top-flight divisions across the world. As a result, players are now at a higher risk of getting significant injuries and miss a sizeable amount of games.

This doesn’t just include domestic games as a result of the congestion injured players could miss out on crucial international games and tournaments. With the major tournaments circling around every four years there are limited opportunities for players to participate.

Hence why former Arsenal boss Arsene Wenger who is FIFA’s chief of global football development, wants the World Cup and European Championships to be played every 2 years in alternating cycles.

In his vision, the newly introduced UEFA Nations League would be discarded in order to provide space in the football calendar to allow this to take place.

His angle mainly comes from the basis that injured players should have more of an opportunity to play in these sacred international tournaments. He told beIN Sports ‘’ Teams in the world cups usually the average age is 27 or 28”.

He continued that ‘’Because the World Cup is every four years there are very few chances to win it again”. Now naturally, as a former manager Arsene is coming with this idea purely on the sentiment of the players, ensuring they have the best experiences possible.

Wenger also wants some sort of downscaling on the qualifying section for major tournaments to reduce the number of international breaks during a season and to provide players more opportunity for a holiday.

This would take the shape of qualifiers being grouped into October and February as opposed to the September, October, November, March and June dates we currently have.

Which has been supported by FIFA president Gianni Infantino who told Sky Sports that ‘’there are too many meaningless matches.”

Well most of the FIFA committee are going to be behind an increased frequency of their event because it ultimately means there is more money to be made from the World Cup more regularly.

No doubt the prospective financial returns will drive their motivation to push Wenger’s idea to the federations and gather some additional support for this prospective change.

He outright denounced it by saying it would ‘’dilute’’ the special nature of the World Cup. Specifically saying ‘’The jewel of the World Cup has value precisely because of its rarity’’.

It’s not surprising that UEFA have taken up such a strong position against this idea but what interesting is that they have contributed to the congestion and pile up on the football calendar and will continue to do so.

An argument can be made that the introduction of the Nations’ League as well intentioned as it is to make friendlies more competitive it has congested the calendar whist also making UEFA more money from consumers.

Ceferin at the ECA meeting said ‘’more is always not better”. Well isn’t an additional European competition between nations more? It hasn’t received the same love yet as the Euros even if the best nations are more likely to go head to head.

As well as mentioning how ‘’national teams and clubs are fully occupying that physical and commercial space.”

There is some irony here, there is a new European national team tournament as well as the UEFA Champions League is set to be expanded to include more participants.

Wenger’s study was purely about allowing most players time to rest and recovery in the calendar whilst Ceferin is suggesting Wenger’s proposal would prevent just that.

Ceferin may want to take a moment to be retrospective on the impact of his own projects. Under him, the European Championships have been expanded as well as the UEFA champions League is set to be expanded and the debut of the Europa Conference League.

More is better when the agenda suits UEFA with the necessary broadcasting deals, sponsorships and whatever other financial opportunities afforded to them by expanding.

Yet, when FIFA want to look to improve the format of the FIFA club World Championship or cut down the cycles of major tournaments suddenly there is a problem and more is not better.

These points do not take away from the nature of the proposal. By over saturating us with World Cups I agree does diminish its prestige to quite a significant extent.

Records and stats will be skewed completely and some icons and legends may lose those milestones that fill them with such pride.

Given the fact that 166 associations have given their backing for research into Wenger’s proposal suggests there is some serious interest and people do see the benefits.

Interest that could only be solidified if Wenger manages to successfully enlist the help of leg Didier Drogba, John Terry, Yaya Toure, Geremi, Jurgen Klinsmann, Lothar Mathhaus, Marco Materazzi, Roberto Carlos, Peter Schmeichel among others as it’s been suggested.

The national teams would be picked much sooner and will spend more with one another which would bring the same dynamics we see at club level to an international stage.

Wenger’s study proposal suggests that the rest period after competitions would be at least 25 days in comparison to the 14 days off players got at World Cups 2014 and 2018.

There is no doubt this would clean up the calendar and benefit players and whilst I question the motives of other members of the FIFA committee, UEFA and Ceferin may feel a certain type of way about it because one of their tournaments would have to make way.

UEFA will have a significant role in whatever is to come of this study and plans moving forward so ultimately there will be some authentic conversations that need to take place if the cycle of major tournaments is to be reduced.

It’s likely there will be some sort of compromise with UEFA and whoever else is against the proposals. UEFA and Ceferin are very much aware of the influence they have and it will be interesting to watch whether or not the proposals are given any sort of life.