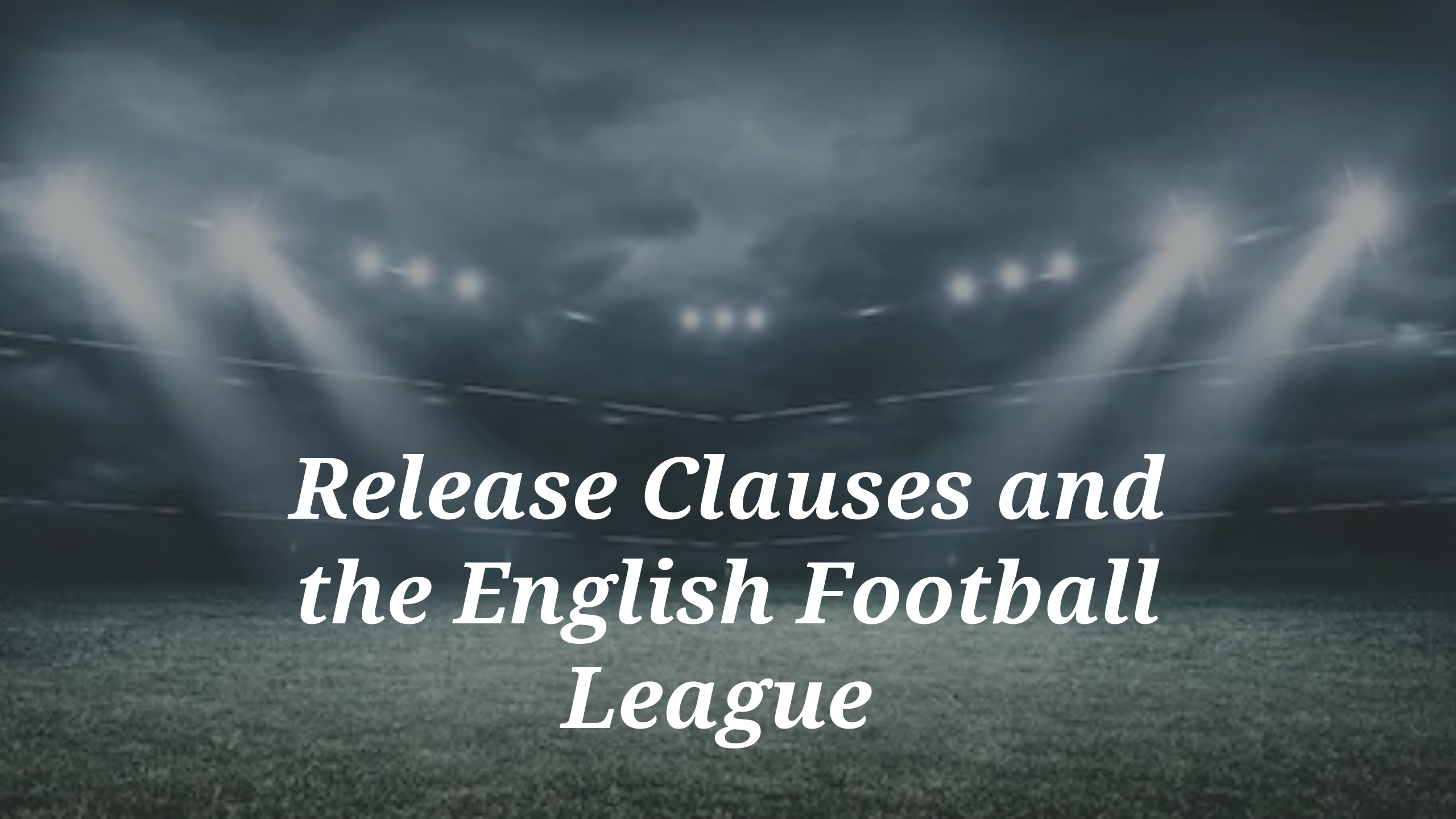 Spanish football passed the ruling of release clauses in 1985. Which effectively provides football players the same rights as all other employees. An extension of a royal decree passed in 1066.

A release clause essentially allows players to be bought out of their contracts for a fixed fee, which should align with their salaries, bonuses and whatever else financially makes up their contract of employment.

They are very much popular in Spain but aren’t necessarily mandatory, any player without one can enter legal proceedings in order to find a solution to remove themselves from their existing contracts.

The popularity of release clauses is mainly down to clubs protecting their players with some financial security as well as players having legally documented proof of the valuation set by their employers.

Players in Spain enjoy the benefits of the same employee rights as any other employee would under any other organisation in Spain.

We often see clubs set some clauses at insanely high amounts mainly because we have seen high calibre players leave for relatively low amounts in relation to the modern-day inflated market.

Real Madrid and Barcelona in particular are clubs who use super inflated clauses to protect star names. Atletico Madrid have started to include some inflated numbers perhaps due to their successes in recent years.

This makes the league in Spain one of a kind. The Bundesliga and Serie A have a number of clubs who like to operate with release clauses to protect some of their star assets.

The Ligue de Football Professionnel in France have stated that clubs can’t include such clauses and players aren’t afforded the opportunity to buy out their contracts.

Now, is this applicable to British football? No is the ‘’official’’ answer. Similarly to the ruling in France, British legislation means it isn’t permitted that players can buy out their contracts.

Release clauses have been applied in the Premier League but this is a result of the agreement between players and clubs.

Relegation clauses are popular with star players or ‘marquee’ signings for clubs who teeter towards the bottom of the table and perhaps amongst the favourites to go down.

Other star assets who may play for mid table sides may have ambitions of playing in Europe, and upon their next contract renewal may look to negotiate a clause that allows clubs in European competitions to acquire their services at a reasonable valuation.

A lot of people have said that if Harry Kane had a variation of this clause in his contract, much like how Jack Grealish had a Champions League club clause in his recent contract at Aston Villa, then Kane would probably be in a sky-blue shirt too.

Could release clauses become popular in the Football & National League?

Now with money and wage structure at this level it would take a bigger side at the top end of the pyramid to help in buying out the contracts of players at these levels.

The immediate impact is that they aren’t strong armed by the bigger clubs higher up the pyramid to sell star assets at discounted prices. Players and clubs would ultimately have some protection over their futures.

Players in this capitalist landscape of football are very much expendable and having clauses will provide players some comfort in their valuations being documented and protected.

Clubs in the championship and below often field some young players throughout their campaign which often do get the attention of the much larger teams in the pyramid.

Now the existing EPPP guidelines currently set these valuations but clubs and players would be able to set their own values. Which can be seen as a plus because most clubs in the EFL either don’t have Cat 1 academies and can’t demand larger sums or don’t have academies.

Now the release clauses would have to be specified because of the tax regulations involved. As the club buying the player would transfer the relevant funds for them to ‘buy out’ their contract.

Release clauses would be popular amongst players in the football league regardless of their route to their current club. In the National League it could mean more income could potentially come in at this level and by some complex extension we could see more money available for grassroots football

Whether they dropped down from an ‘elite’ academy set up or climbed through the non-league set up, a contractually agreed release clause offers an incentive to perform to their absolute best in the hope of attracting the attention of bigger clubs.

It could just as well present some issues. As previously mentioned release clauses are a final valuation of the sum of various factors, with wages and financial incentives being the priority variables.

Post-pandemic, clubs and players will find it difficult to reach an economic agreement that would completely satisfy them. Through no fault of their own, some clubs are struggling and may be able to demand large release club amounts.

The significantly lower tv revenue contributes to the type of wage structure clubs can implement. So, their valuation of key players may result in attainable release clauses. With the money available in the Premier League it could make the EFL a popular market quickly.

We could also see more litigation and arbitration as a result of disputes. For instance, a club who has the player registered and under contract may refuse to release them and then legal assessments of contracts will take place.

The English Legal system is complex enough as it is and although the UK employment law hasn’t troubled the release clauses in this country so far, if they were to become somewhat mandatory or more frequently used we would see long drawn out transfer business

Tribunals and solicitors would interfere in a lot more transfer business. Ultimately deciding whether clauses are automatic or not and if clauses are a fair reflection of the current market value.

Asa result organisations like the PFA will potentially have to recruit more legal specialists in order to ensure the players ensure their most favourable outcome, in line with their mission statement.

There is a place for the release clause in football and has clearly worked for Spanish football. Other clubs across Europe who look to protect the value of star players and ensure they could receive the best possible transfer fee in conjunction to the market at the time.

In England it couldn’t work the same way for obvious reasons. The ‘buy-out’ clause ruling is applied to every profession, it isn’t just limited football as most contracted professions have a clause for the benefit of all employees.

I do think however that there would some advantages for players in the football league to have some threshold value or release clause that releases them from their contract with their current employers.

Ultimately, I know this wouldn’t be the case but recent high-profile transfer sagas notably Harry Kane’s prospective move to Manchester City, will have shown players who may think about moving on how to negotiate in future when it comes to contract renewals.

Aston Villa placed a record-breaking valuation in Jack Grealish’s last contract and even though they didn’t expect it to be met both sides profited significantly on its activation.

We weren’t aware of such a clause unit Aston Villa CEO came out with a video explaining to fans the circumstances of this transfer. If release clauses become more popular they’ll more likely be under open secret circumstances.

What I mean by this is that most of the football community as in clubs, players, intermediaries and any other officials involved in transfer dealings will be aware of what clauses are active and the conditions needed but us as fans, consumers and media won’t be.

The idea for them to be used more frequently in the football league is interesting. There are many pros and cons but the overall intention is for players to protect their values and for clubs to be ready to receive an acceptable amount for their assets.

The Premier League has the most money available not only in England but in Europe maybe release clause in the league would be a potential solution to the hyper inflated values that we have seen in recent years. That’s a conversation for another day.