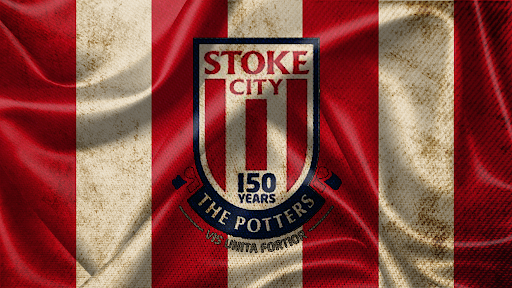 Stoke City will have been expecting interest to come sooner or later, Tezgel’s talents are no secret. Academy director Gareth Owen has previously compared Tezgel to Harry Kane, he was just 15 at the time.

“He’s a Harry Kane-type centre-forward. That gets bandied about but his movement is good, he can hold the ball up and he is decent in the air.” Owen said.

“His main attribute, though, is his finishing and that’s what good centre-forwards have.

“He plays like a seasoned pro, pulling off at an angle, giving little nudges to the centre-back and making space. It’s great to have that bank of knowledge already at his age.”

That maturity saw Tezgel made the captain of Stoke’s U18s at the start of this season, when he was still 15.

He hasn’t shied away from the responsibility, he has gone to another level this season. Tezgel managed six goals in 23 appearances last season in the U18 Premier League and he has already bettered that tally in five games this term whilst also shining on international duty with England U17s.

He opened the season with a hat-trick away to Liverpool but his side fell to a 5-3 defeat. This has been a re-occurring theme for Tezgel this season. He has been scoring goals but Stoke have shipped too many. They have just one win so far and sit bottom of the league.

That one win came in the second game of the season. Tezgel scoring a brace as Sunderland were beaten 3-0. Tezgel failed to score against Newcastle as Stoke were beaten 3-0 and he then missed their next game, a 4-1 defeat against Blackburn.

He returned to the side against Manchester United and typically, netted a brace but United ran out 4-2 winners. Tezgel failed to score for only the second time this season in the latest fixture, a 0-0 draw with second-bottom Nottingham Forest.

Seven goals in five games makes him the joint-third top scorer at U18 level. Liverpool’s Oakley Cannonier tops the chart with nine goals in six games and West Brom’s much sought after Reyes Cleary is second with eight.

Brighton’s Zak Emmerson and Arsenal’s Khayon Edwards are level with Tezgel on seven.

Tezgel represents England at U17 level. He travelled with the squad to this summer’s Syrenka Cup where he followed in the footsteps of Jude Bellingham when he was named Player of the Tournament.

In three appearances, Tezgel scored four goals including a brace in the final against Holland as England were beaten 3-2.

His sensational numbers so far this season meant that Premier League interest was inevitable. Man City, Chelsea and Man Utd are the named clubs, as per Daily Mail, but many other Premier League clubs are surely tracking him too.