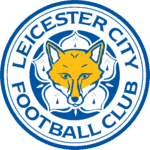 Leicester City Football Club Academy are seeking motivated and enthusiastic Sports Scientists to monitor and provide training for the athletic development of players appropriate for their age groups and lead sport science support in their identified age groups.

Based at Leicester City Football Club’s new world-class Training Ground, this role will work in collaboration with all Academy departments, with the main purpose being to support the Medical and Sport Science staff in the design and implementation of the medical and sport science strategy at LCFC.

Other key elements of the role include the planning and delivery of individual and group athletic development sessions in liaison with the Lead Sports Scientist and coaches, cultivate and process daily and longitudinal data, and influence, support, and educate key stakeholders in the role of sports science in player development.

The ideal candidate will have attained a master’s degree in Sports Science (or equivalent / similar discipline such as Strength & Conditioning), a minimum of 3 years of experience within an elite-performance environment and be able to work both collaboratively within a multi-disciplinary setting and also under their own initiative.
It will be essential that the successful candidate has high level communication skills, have the ability to work flexibly to a changing work calendar, and thrive in a high-pressure and dynamic environment. Candidates should be UKSCA accredited, or on the pathway to becoming accredited.

Under the stewardship of King Power and the Club’s CEO Susan Whelan, Leicester City Football Club is deeply committed to the local community and its supporters and continually strives to ensure that every point of engagement with fans is truly world class including the experience on matchdays. Meanwhile, investment in the Club
continues, with the 2021 opening of a new state-of-the-art Training Ground in north Leicestershire.