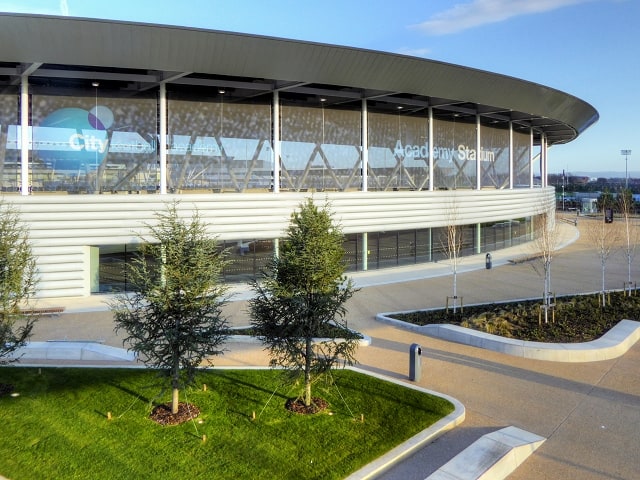 Is the 50+1 rule realistic for English Football?

The 50+1 rule on the face of it seems the most attractive option when discussing the thirst for power in football by owners of football clubs.

An example of a recent play for power is when six Premier League sides allied themselves with the most powerful sides in La Liga abs Serie A to create an elite European competition for themselves.

What was notable was that the German clubs weren’t involved at all despite being invited. One of the most significant reasons behind this is the 50+1 rule.

A rule implemented into the German game that influences ticket pricing and admissions, board elections and anything else relating to general aspects of club affairs or the clubs’ identity.

The format keeps board members and club owners in constant communication with fans as well as keeping the authenticity of the club’ reputations and values intact.

An argument can be made that if we are introspective as a collective football community we see it being implemented at a micro-level at non-league.

Members of the non-playing staff are often volunteering who are supporters of their clubs. These volunteers work to give their communities something to take pride in when coming to watch their local sides.

The rule provides a solution when politics take over and a chasm exists between supporters and the club’s hierarchy.

Many supporters of some Premier League clubs, are very much frustrated at the way in which their clubs are run. Frustration comes from their inability to influence proceedings.

Manchester United, Arsenal and Newcastle United fans are the most notable set of fans who have shown their discontent at the direction spearheaded by their board and owners.

The 50+1 rue indicates that football clubs must have their members holding 51% of voting rights. These ‘members’ are the fans themselves, elected into positions to make change.

These voting rights would cover all the decisions that that concerns club interests. Board suggestions and any commercial team input may have premise but will never get any kickstart without the fans signing off on the idea.

A primary example of its effectiveness can be seen with the ticket pricing. The pricing in Germany is surprisingly low consequently this means stadiums stay full on almost every single matchday home or away.

Chief reporter at SportBild told FourFour Two that “50+1 is a very important aspect of German football”.

The club therefore can’t be bought or sold like an asset because it is majorly owned by its members.

You often find that members are local and prominent members of the community so clubs are able to achieve a more successful and reliable rapport with its fans. More importantly there is much more accountability.

To me the 50+1 rule is an attractive option to apply to our own football pyramid. There are some who are against the 50+1 rule for a variety of reasons.

The Premier League has its faults but it is the most competitive league in the world. The Bundesliga is a league that boasts some incredible talent and entertaining matches but the league has in recent years become slightly more uncompetitive.

However, the league is primed for Bayern Munich to win the domestic league year in year out. Their financial might and shrewd transfer strategies means as a player the best chance you have of winning the league is if you’re sporting the Bavarian colours.

New investors are more than likely put off from investing. A lack of competitiveness and hard times attracting overseas fans just compiles misery to the fact that billionaires won’t even get to dictate the rules at any Bundesliga club.

Another downside is that there are current examples of clubs who have avoided the compulsory 50+1 rule.

Wolfsburg, Bayer Leverkusen and Hoffenheim have received their criticisms from opposition fans for being largely owned by commercial investors.

They were able to achieve a sizeable amount of control after their financial competency was validated over a 20-year period.

By not adhering to the 50+1 rule you are seen to be distrustful by the German football community.

The team who come under the most scrutiny is RB Leipzig. The franchise club was born in 2009 and largely received criticism for their legal but still questionable strategy around this sacred rule.

Other clubs have their memberships comprise of hundreds to thousands of fans whilst Leipzig have a membership made up of 20 or so members all of which are employed by the Red Bull energy drinks company.

As a result, they have picked up the label of being ‘’plastic’’, a club without authenticity to their fan culture and by extension holding no real connection the culture of German football.

Some clubs are also restricted financially in their ability to compete in the transfer market. Schalke’s list of exports includes Mesut Ozil, Goretzka, Rakitic, Draxler, Neuer and Leroy Sane. Talented players sold in order to give the club a chance to compete consistently.

The 50+1 Strategy in England

English fans have long felt out of touch with the clubs they support. Unwillingly watching club identities change.

In 2010, Cardiff City a then Championship side was taken over by foreign investment. The Malaysian owners changed the traditional blue kit and bluebird emblem to a red kit with a dragon.

A move motivated by the fact that red in East Asia is considered to be lucky.

Supporters were outraged but maybe it worked because the club returned to the Premier League in the 2012-13 season, the first time then in 52 years. Although, it wasn’t really their club anymore.

Blackpool, Leyton Orient and Portsmouth have seen their fortunes take a dive as a result of greedy owners speculating and gambling on the finances of their club looking for a quick payday.

The government have already begun to explore ways in which to increase the influence of fans in the game.

As appealing as the idea is for the English football community, it would be extremely difficult to reverse engineer the existing structures and implement the German model.

The Hedge fund ownerships, consortium groups and nation states funding the game currently are just an extreme version of what football clubs used to be.

The local with the most successful business funding the club they own in the hopes of seeing success on the pitch.

A democratic solution can still be achieved where fans are allocated certain number of positions on the board, with the ability to influence decisions.

Thoughts on the 50+1 model in England

English clubs simply need to maintain some sort of control of the capitalist culture that clouds the beautiful game.

The 50+1 model would achieve a lot but there is a risk that the leagues become less competitive due to many reasons.

Finances are key. The ability for English clubs to operate in this clubs would be extremely difficult.

Which can be seen as a positive because we are likely to see a sharp reduction in the amount of hyper-inflated valuations for players. A possible solution to stopping the £100 million-pound transfers.

The existing financial gap between the top six sides could mean with this model they could be the top six for a very long time after.

The Premier League currently has arguable 3 of the top 5 managers in the world at the time of writing. The lack of investing could then deter the quality of manager we would see coming in because the investment is likely to arrive at their Spain or Italy.

The reality is we can’t have it both ways. A 50+1 model would restrict a lot of clubs’ projects and their ideas for growth simply as there would be a lack of commercial investment to achieve this.

As well as, decrease the competitiveness for our leagues. There would have to be an overwhelming shift in order to come to accept this model and what follows.

Principles of the model can be adopted into a fan representation model at board level. A board comprising of a healthy number of fans with significant voting abilities in the way forward.

A solution that’s modern, progressive and healthy for the relationship between club owners and the fans. It may need to be refined and revisited in the future but it’ll do for now.