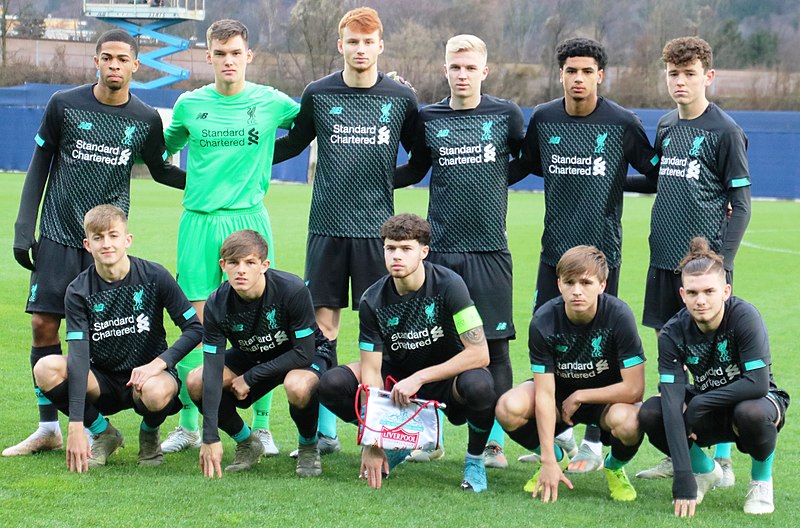 Harvey Elliott will undergo surgery in the coming days, confirmed by a statement from Liverpool FC which also stated that the young midfielder has been discharged from hospital.

The injury is suspected to be a fractured ankle, similar to the injury sustained by Everton midfielder Andre Gomes a couple of years ago. It is presumed that Elliott will face at least three months on the side lines. It took Gomes only 87 days to return to training and 112 days to return to Premier League action, but that was considered to be remarkably early for an injury of that severity.

Elliott’s injury occurred in the 60th minute of Liverpool’s 3-0 win at Elland Road, after a tackle from Pascal Struijk. The 22-year-old Dutch defender was shown a straight red card.

Medical staff from both benches reacted brilliantly and after receiving treatment on field, Elliott was stretchered off and treated at Leeds General Infirmary.

The full statement from Liverpool late on Sunday night read:

“Liverpool Football Club can confirm Harvey Elliott has been discharged from hospital after suffering a serious ankle injury in the game against Leeds United on Sunday.

“The 18-year-old was stretchered from the field at Elland Road after sustaining the injury in a challenge midway through the second half.

“Elliott will be required to undergo surgery in the coming days and the club will offer a further update on his prognosis in due course.

“Harvey, his family and Liverpool FC would like to place on record their thanks to the paramedics and all the staff at Leeds General Infirmary for the care and treatment given.”

We can confirm Harvey Elliott has been discharged from hospital after suffering a serious ankle injury in today's game at Leeds United.

Elliott was stretchered off to applause from the majority of the home crowd as well as the Reds’ 2915 travelling fans.

He took to Instagram whilst in the ambulance to thank fans for their messages of support and then posted a longer statement on Monday morning.

“I’m of course absolutely devastated with what happened yesterday at Leeds, but have been totally overwhelmed by the love and support shown to me by the entire football world following the injury.”

“Thank you so much to everyone who has reached out or sent messages to me and my family, it means so much to us. Also a massive thanks to everyone inside Elland Road for the reception you gave me immediately after it happened.

“I am now fully focused on my recovery and will give everything in my rehabilitation to be back out there as soon as I can. I know I have an incredible support network behind me at Liverpool and together we will get through this.

“To all of the Liverpool fans, your support means the world to me. I’m one of you and I can’t wait to be back faster, fitter and stronger to help the team in the future.

Struijk’s message to Elliott and Leeds’ centre back crisis

“In today’s game something happened that I would never wish on anyone.”

“Harvey Elliott, my thoughts are with you. I’m gutted and never meant for this to happen.

“I wish you a speedy recovery and hope to see you back on the pitch soon.”

Struijk is set to miss Leeds’ games away at Newcastle and at home to West Ham and Watford, leaving Marcelo Bielsa with a bit of a defensive injury crisis. Diego Llorente was subbed off against Liverpool and Leeds are already missing Robin Koch through injury.

With Struijk suspended, Liam Cooper is the only fit senior centre back at the club. Luke Ayling has filled that void before but Bielsa may have to call upon Leeds’ U23 captain Charlie Cresswell.

Cresswell has made his senior debut, in the EFL Cup, but hasn’t played in the Premier League yet.

Jurgen Klopp commented on Elliott’s injury after the game:

“First and foremost, it’s one of the few Instagram posts I love because if he sends that already then it shows he has not that much pain anymore, that’s great news.

“Obviously it’s a bad injury and we have to wait now for further examinations, assessments or whatever, scans, and that’s what we do.”

Liverpool won the game 3-0 thanks to goals from Mohamed Salah‘s 100th Premier League goal in the first half as well as second half strikes from Fabinho and Sadio Mane.