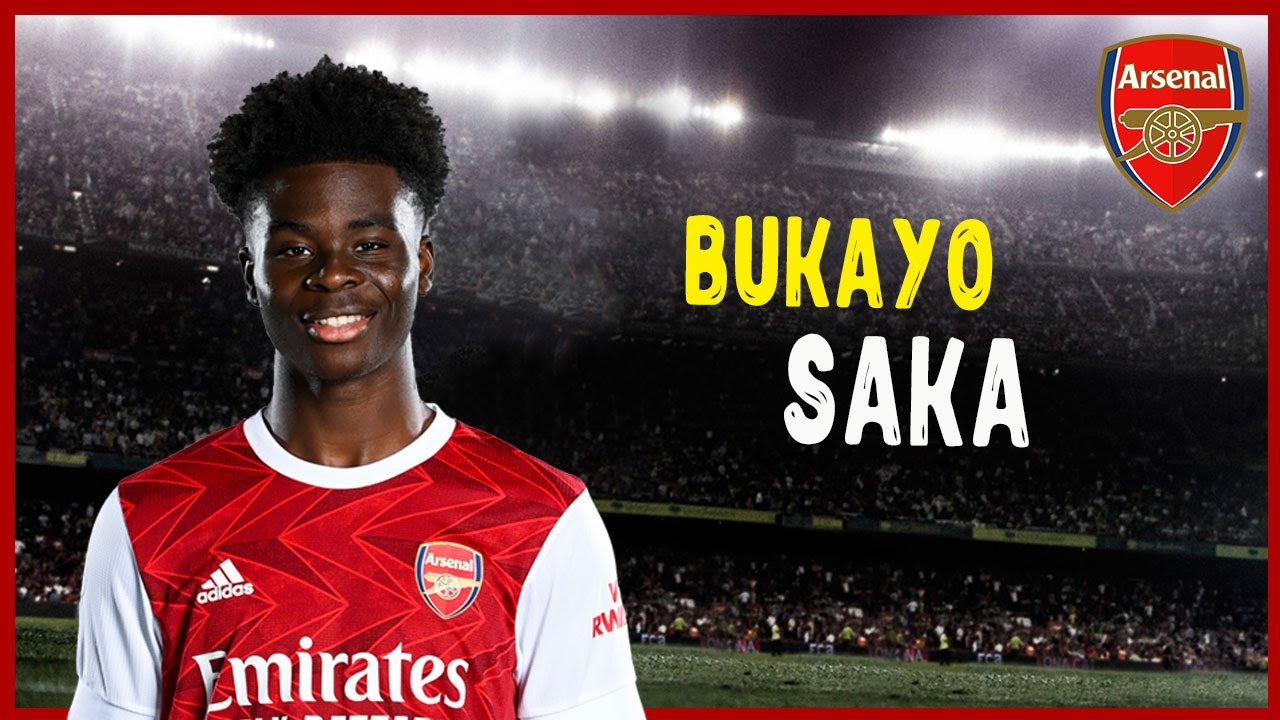 Bukayo Saka, in my humble opinion, is one of the most dynamic players in the Arsenal squad at present. In the 2020/21 season, he was involved in a little over 25% of Arsenal’s fifty-five goals, scoring seven of them and giving assists for seven more. He was Arsenal’s fourth topscorer and provided the most assists alongside Emile Smith Rowe and Willian.

At 7, Saka joined the Arsenal Football Club Academy. At 17, he signed a professional contract with Arsenal and made his senior competitive debut for them in the Europa League.

At 18, he scored his first senior goal against Eintracht Frankfurt. He was involved in all three goals in the 3-0 win.

Now almost 20, Saka is still at the beginning of his professional career. What makes Saka special is his versatility as a player— he has played in various different positions for Arsenal and England.

Saka is a left-footed player but he is comfortable playing with his right foot as well. His ability to comfortably play with both feet is one of the reasons why Saka finds himself at home in different positions on the field.

In the 2020/21 season, Saka scored two of his Premier League goals with his right foot and two with his left. The ability to finish with both his feet means that Saka can evaluate which foot will give him a better angle or a better shot.

Under Unai Emery, Saka first started as a left-winger, before playing as a left back or a left wing-back under Arteta. He has also played in a left-sided central midfield role. More recently, for both Arsenal and England, Saka has been playing on the right wing, as an inverted winger.

When playing a more offensive role, such as that of a winger or an attacking midfielder, Saka seems to assess where his teammates and opponents are placed and where they can quickly manoeuvre themselves. His assessment of the opposing team allows him to avoid interception of passes and allows him to know where to deliver the perfect cross and where to take a shot.

As a winger, Saka is a very creative player, which is exactly what makes him an integral player in Arsenal’s squad today. A large part of creating chances is finding the perfect pass that cuts through tight spaces— a large number of Saka’s assists demonstrate his ability to understand and manipulate the fluidity of the game’s shape.

As an inverted winger, Saka’s two-footedness becomes one of his greatest strengths. He is able to use his left foot for in-swinging crosses and his right foot for out-swinging crosses. His ability to execute both is very dangerous to his opponents.

When Saka plays a more defensive role, such as that of a left wing-back, he brings a more offensive touch to the defence, so to speak. Just as he avoids losing possession when playing forward, he aims to intercept his opponents’ passes and then counter-attack when playing deeper.

Saka’s skill lies not only in the execution of his passes or his shots but also in his visualisation prior to making a move. Saka’s ability to gauge and find space on the pitch is extraordinary and allows him to circumvent his opponents.

Saka is still a very young player and hopefully, we will see him play for many more years to come. It will be interesting to see whether he remains a player who can fit himself into any role on the field or whether we’ll see him settle into one position, perhaps that of an inverted winger.

Whatever the future holds, one thing remains clear, as a creative and dynamic player, Saka is an asset to any team he plays for and is a pleasure to watch.