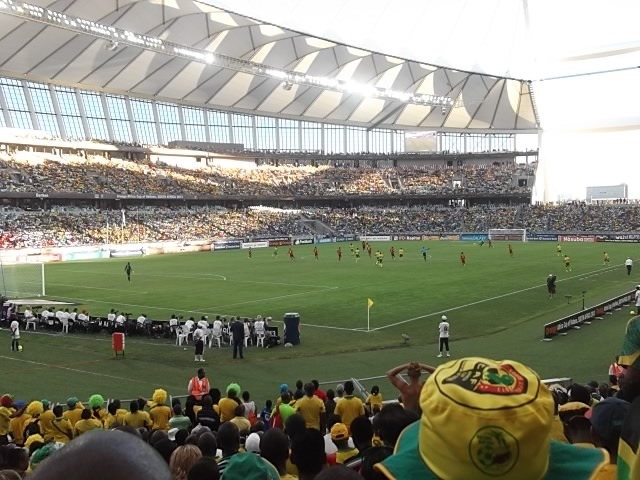 6 players to watch out for at AFCON

As we approach a new year the Africa Cup of Nations is coming around once again. The one approaching us will be the 33rdedition of the tournament hosted by Cameroon. Just like Euro 2020 and Copa America 2020 the original starting dates.

I think it is fair to say there is much more eyes on the European Championships as the leading international tournament after the World Cup of course. The players who are considered some of the best in the world will always compete here.

Copa America and AFCON have produced some memorable and entertaining campaigns over the years to. More and more established stars at recognisable clubs are competing and are becoming the main attraction for new viewers of the tournament.

The AFCON is a particular favourite of mine when it comes to international tournaments. I mean as with any major tournament there is a desire for fans to will their nation to the best possible output. But the anticipation in unearthing the next star is important.

Football is adored in Africa just like everywhere else. However, the Confederation of African Football or CAF haven’t had the luxury of such economic support the way other federations have.

Usually the deal with local broadcasters as well as perhaps Bein Sports and Eurosport gaining rights to a majority of the fixtures in previous tournaments. What’s exciting for this edition of AFCON is that the BBC and Sky Sports have acquired a deal to televise the tournament in the UK and Ireland.

Sky Sports will broadcast all the matches that place between the 9thJanuary and 6thFebruary whilst the BBC will air 10 matches which include 2 quarter-finals as well both of the semi-finals.

A coup for African football as now there is a greater source of revenue for CAF which is much needed. Also, the fact that giant broadcasters like BBC and Sky Sports are involved in this year’s edition means CAF are in a stronger position to negotiate for better deals with broadcasting companies for their future tournaments.

Well there are up to 40 Premier League stars that could represent their countries at AFCON. Some of the names are amongst the best players in the World. Liverpool’s Mo Salah and Sadio Mane, Manchester City’s Riyad Mahrez or Chelsea’s Edouard Mendy are some of the most notable star-studded names to look forward to.

Up to 15 Premier League clubs could have at least one representative of theirs competing at AFCON. So, fans will be interested in seeing how their players get on. The tournament of course gives fans and clubs based in the UK and Ireland to see some of Africa’s best football talents on a big continental stage.

Now I’ve named some established players that many of us would be aware of playing week in week out in the Premier League but there are some potential names to look out for and some I think could raise their profile if they are selected to represent their nation.

23-year-old Amadou Haidara currently plays for RB Leipzig in the Bundesliga. A product of the infamous Red Bull group recruitment pool going from Salzburg to Leipzig. The Malian midfielder will be looking to be at the heart of everything good for Mali at AFCON.

The midfielder has already hinted his desire to play for Premier League giants Manchester United and with the recent arrival of Ralf Rangnick at Old Trafford the links with United for a winter transfer move have only intensified.

United fans may already be aware of Haidara but will be keen to watch the young midfielder compete at AFCON almost as confirmation that he is the player to solve their midfield issues.

On the subject of Manchester United midfielders, Hannibal is more of a hopeful inclusion. This is because of his recent involvement in the FIFA Arab Cup. The young Tunisian is tipped to be one of the next breakout stars for Manchester United and his recent performances for Tunisia would suggest he’s on the right path.

The young playmaker started all of Tunisia’s games in their lead up to a runner’s up finish in the FIFA Arab cup. Putting on Man of the match displays against the UAE in the group stage and Egypt in the semi-final.

The 18-year-old carried the creative burden for Tunisia then and has showed he is ready for the pressure. If he is to be included in the AFCON squad he could return to Manchester United and find himself with many more first-team opportunities especially under the new interim boss.

One of the most exciting wingers in Ligue 1. 19-year-old Kamaldeen Sulemana has an opportunity to show everyone on a big stage that he is the real deal. His move to Rennes became the most expensive outgoing from a side in the Danish League.

With the Ghanaian squad aging its almost certain that Sulemana will be the future for the Black Stars. However, with the level of ability Sulemana is currently showing the future may well start now and the upcoming AFCON presents an opportunity to stamp his name as one of Africa’s best talents.

To perform for one of Africa’s leading football nations isn’t an easy ask but if you have seen Sulemana play you are more than confident in his ability to make an impact for Ghana in front of the world.

Liverpool fans will be familiar with Taiwo but during the 6 years he was at the club he didn’t make a senior appearance for the club due to work permit issues. Spending most of his time away with 7 different loan spells before finding a home at Union Berlin.

The £6.5m move in the summer has allowed Awoniyi to find a home in Berlin where he has thrived and currently boasts a reputation as a top finisher in the Bundesliga alongside names like Robert Lewandowski and Erling Haaland.

The year he finally earned his permit he was sold to Union Berlin. It has always been rumoured that he would return and play in the Premier League one day and What better opportunity to show the talent he has by playing for a leading nation in front of the entire UK.

Sticking with the Bundesliga another player will be looking to stamp his mark at AFCON. At only 20 years old Kossounou has racked up 11 appearances for Ivory Coast national team and established himself within the Bayer Leverkusen team.

The young central defender has become known as a proficient tackler. His timing for both tackles and interventions gave him one of the best tackle success rates in Europe whilst at his former side Club Brugge.

Experience playing in the Champions League and Europa League has aided his development. His versatility has seen him play at centre-back, right-back and even right midfield in the past and earned him a €23m move to Bayer Leverkusen in the summer.

The Ivorian will want to establish his name and profile by putting on a string of defensive performances and being key to winning the tournament with the Elephants.

Of all the names on the list Andre Onana is the most recognisable following the reputation built with Ajax in the 2018/19 UEFA Champions League campaign. Putting him in the conversation with some of the best in the world in his position at the time.

An eccentric and modern-day sweeper keeper It wasn’t a secret that he wanted a move away and he has previously stated his desire to play in the Premier League. There were links to Arsenal in the summer having him on the list with who they eventually got in Aaron Ramsdale.

The ban imposed on him by the Court of Arbitration for Sport even if reduced to 9 months would’ve played a significant factor in stopping any potential move away from Ajax. Nevertheless, he is back and the opportunity now to put himself back out there to the world.

The broadcasting opportunity may allow Premier League clubs to see his quality during AFCON as Cameroon’s main goalkeeper and arguably best player he has the stage and platform to prove why he should be given the opportunity in the Premier League.